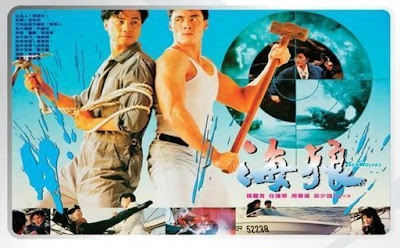 All good things must come to an end and the long running Hong Kong action franchise “In the Line Duty” finally calls it a day and in honesty it was due time. The series quietly began descending downhill since its pinnacle fourth entry with the last film “Forbidden Arsenal” being utterly disappointing in its mediocrity. Sadly the same can be said for “Sea Wolves”, the seventh and final entry, which was released the same year, no doubt resulting in its rushed production and lower production values. 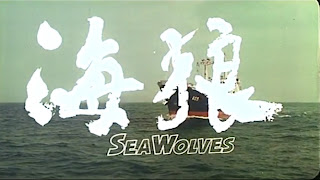 The “Sea Wolves” of the title refers to the characters played by Simon Yam and Gary Chow. One is the member of modern pirate ship smuggling illegal items and the other is a drifter whom the ships picks up with other rafters escaping to a better life. The ships captain kills the other drifters and soon the two friends are on China mainland escaping for their lives, dodging the cops in the process. 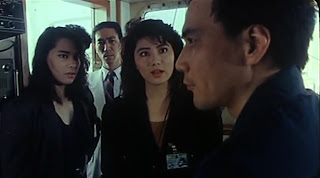 The main problem in this film is that series star Cynthia Khan (being the lead character since “In the Line of Duty III”) has essentially been reduced to a supporting role while letting Yam and Chow run the show. Perhaps spoiled by the previous entries which graced us with an amazing action sequence within the first 6 minutes, “Sea Wolves” starts off rather slow and the fight sequences are rather unmemorable. However the film perks up around the halfway point when Khan becomes more of an integral part of the plot with the climatic fight sequence set aboard a ship featuring all three of our stars being quite good. 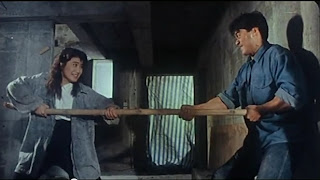 The climatic fight scene almost redeems the film as the ship setting gives the audience some interesting visuals and backgrounds but overall “Sea Wolves” is just as mundane as “Forbidden Arsenal” and the overall result is just a mere shadow of Parts III and IV. The ending offers some good fight scenes for Hong Kong action fanatics that can patiently wait but in the end “Sea Wolves” is a rather unsatisfactory ending to the franchise and Cynthia Khan's sexy gun totting character joins Dirty Harry with a disappointing film send-off.

Posted by Cronosmantas at 8:56 PM