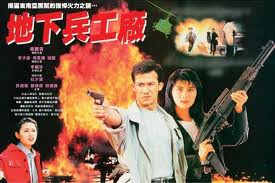 This by far the hardest DVD I have ever had to track down in my DVD collecting days. After obtaining and enjoying the first five entries into the “In the Line of Duty” franchise I had to complete the series by locating the sixth and seventh films. The problem was is the Joy Sales DVD release of “Forbidden Arsenal” was already out-of-print and it seemed that no Hong Kong DVD website had it in stock. After weeks of searching and asking questions on forums and websites,  I was finally pointed in the right direction of a seller who was selling the DVD for the ‘low’ Criterion price of $29.99. Though it ended up being entertaining enough for a typical early 90s Hong Kong action flick, it was hardly worth all the blood, sweat and tears it took me to hunt the damn thing down. 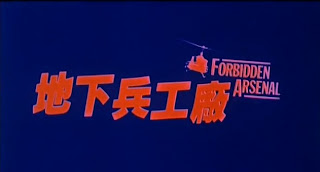 Cynthia Khan returns as the smoking hot police women with a gun as she crashes the party of a gun running operation. In the process she encounters two undercover cops, one from ‘proper’ China (referred to in the film as ‘mainlander’) and one from Taiwan. The three must team up, despite the clashing of their beliefs and ideals, in order to bring the entire operation down. 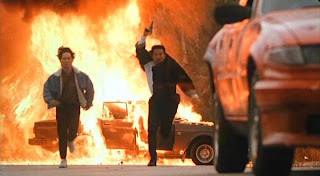 The “In the Line of Duty” franchise is known for their amazing stunt and action sequences and its obvious to see that this sixth entry is a tad lower budgeted film as both the action sequences and stunts are below par compared the films that came before. Sure the opening and climatic shoot-outs are action packed but just come off a little stale. The overall style of the film also reeks of a lower budget and lacks the keen visual eye directors were able to obtain before. 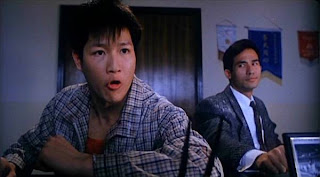 Though disappointing when compared to the first five entries into the franchise, “Forbidden Arsenal” is still entertaining for Hong Kong action film fans. Cynthia Khan is sexy as ever and owns her in own in the action sequences, one just gets saddened that the action and stunt sequences suffered a bit do to the low budget limitations causing the series to show it’s tired blood. This wouldn’t be the last entry into the “In the Line of Duty” franchise as the seventh and final entry “Sea Wolves” would be released the same year.

Written By Eric Reifschneider
Posted by Cronosmantas at 10:03 AM