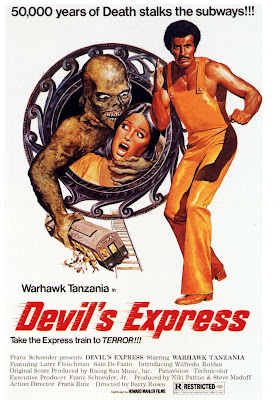 
“Devil’s Express” is one of those unique trashy 70s films that’s a weird amalgamation of genres – 1 part Martial Arts, 1 Part Horror and 1 part Blaxploitation. All this makes for a film that doesn’t quite gel for coherency but one can’t deny it is truly unique and one hell-of-a good time despite-the-fact it’s complete garbage all around. 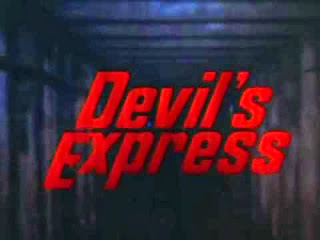 We open with a group of monks over in China committing suicide after burying what looks like a coffin in a cave. Fast forward to modern day 1976 and we are introduced to two martial artists that travel to Hong Kong to complete their training. Once over there they discover an amulet hidden in a cave and jack it for themselves. This awakens a centuries old demon that hitches a ride in a unsuspecting victim and lands in the U.S., where it takes refuge in the subway system and seemingly randomly starts mutilating people Once the best friend of our afro-ed lead star (played by, I shit you not, an ‘actor’ named Warhawk Tanzania) gets nixed, Tanzania heads into the subway all dolled up in his yellow satin, bell bottomed jump suit to take the beast on. 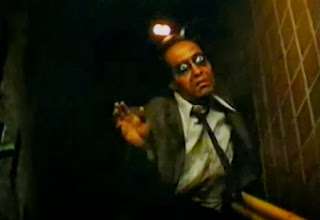 For a martial arts flick, what surprised me is that the fight sequences were terribly choreographed, to the point of unintentional laughter and despite our lead’s kick ass name, he is completely wooden as our ‘hero’, annoying the audience instead of having them root for him. The plot, which jumps all over the place from Hong Kong, to the subways of the Big Apple, to some distressing cops trying to solve the case which they blame on ‘gang wars’, is also full of inconsistences. For one the devil-like-creature takes over a human body to sneak over to America on a boat but later on it demonstrates the ability to teleport and even shape-shift into humans. Tell me again why it had to possess a body? Then again I’m probably looking for too much logic in a film that is a martial arts/horror/Blaxploitation hybrid where there obviously is none. 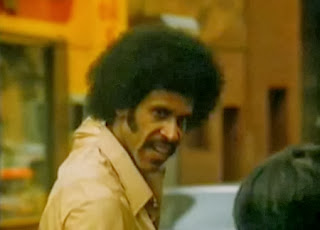 “Devil’s Express” was retitled by some distributors as “Gang Wars” in order to cash-in on the gang fight film genre kick started by “The Warriors”. “The Warriors” it ain’t but for it is a must see for fans of 70s oddities in how entertaining a film can be by mish-mashing film genres together into an incoherent mess. It is the only “Chinese demon travels to the subways of New York to face off against a black fighter and inadvertently causing a inter-racial gang war” film I can think of offhand. Think along the lines of “Miami Connection”, terrible but insanely entertaining despite itself. Code Red spent years trying to find a 35mm print of this ‘lost’ film and they succeeded and released a high quality DVD for fans of 70s trash to enjoy.