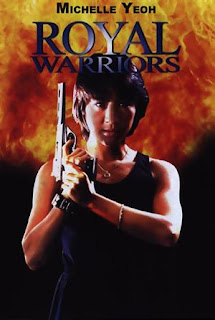 
Asian audiences went gaga over D & B’s production of “Yes, Madam” and solidified the new subgenre “girls with guns” as box office gold. It would only be natural for a sequel to follow and thus Michelle Yeoh returns in “Dirty Harry” fashion as her sexy gun totting police officer in “Royal Warriors”, an even better sequel and second entry into the long running “In the Line of Duty” franchise. Much like the sequels to come the titling can be confusing, scratch that, MAJORLY confusing. Known in many countries as “In the Line of Duty II”, the film was also released as just “In the Line of Duty” with the first film, “Yes Madam”, being released as “In the Line of Duty II”. Essentially the first film became the sequel - seriously this has to be one of the most fucked up franchises ever when it comes to titling! 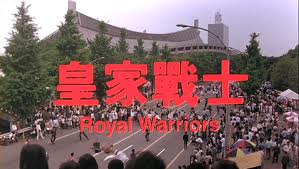 Michelle Yoeh, while on a plane ride, foils a convict from escaping with the aid of a Japanese detective and transportation police officer. His war buddies don’t take to kindly to their friends being knocked off so they set out for vengeance, killing family members and acquaintances of the three poeple that did their friends in along the way for revenge. 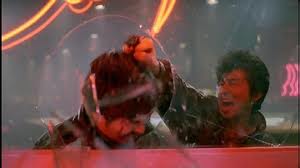 What makes this sequel work better than the original is that it tones down the slap-stick comedy that was laid on so thick in the first film. The comedy here is more sparse allowing the film to focus more on its violent action sequences, which are aplenty. The film however isn’t without its head slapping dumb moments including Yeoh pulling an armored vehicle out of her ass for the climatic fight sequence. Seriously where did she find that piece of shit? Also the love interest is an annoying ass, playing opposite sex ‘damsel in distress’ role that is constantly getting into trouble and showering our lead with flowers. To the films betterment it is rather unpredictable when it comes to the death of characters and people audiences never expected to die suddenly get blown away. 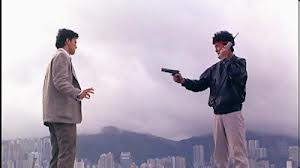 The toned down slap-stick comedy, impressive action sequences and unpredictable character deaths help raise the film above the original film and helps audiences deal with its numerous flaws (again with the armored vehicle). “Royal Warriors” was a success but marked the final screen presence of its main star Michelle Yeoh who would retire from the franchise, and momentary from acting, as she settled down with the production companies CEO. This didn’t bury the franchise however as Cynthia Khan took over the role for the next five entries into the series and a few of the sequels to follow are even better than this entertaining entry.