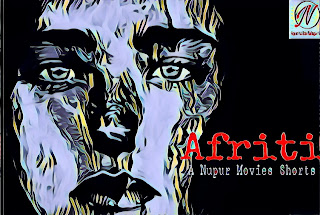 The first ever Bengali language slasher from India is a big deal and taking on that first foray into a subgenre of horror, or anything really unexplored in a particular country's cinema, regardless of what type of infrastructure group it belongs to, is something that must meet a certain standard of high expectations from an unready and unprepared world of... well, world cinema lovers to flock to. Does taking claim, whether the literal first of its kind or not, live up to the hype? To a degree, but it is an effort that has a lot of heart which sadly lacks a very strong craft across the bored making Afriti an ultimately mixed effort.

Six friends gather at Sinjan (Sinjan Sarkar)'s house one rainy night to hang out while his parents are out of town. The 6 hit things off and just when the visit seems to be going well and the mood is starting to settle in, the lights go out and the friends begin to be killed off one by one in your expected slasher fashion.

I don't wish to dip into spoilers, but I quite enjoyed the twists that come along and the overall backstory of the titular Afriti. It's equally twisted and tragic and brought to mind a similiar and equally depressing substory from Bong Joon-ho's Mother, albeit two entirely different films all together. I also wanted to know more about the killer, which may be further explored in a planned sequel, which again, no spoilers here, but it is obvious the creators have a series in mind.

Now I will say this before getting into my complaints with the short, I know it isn't a professionally done feature and the aspiring team was working with a shoestring budget, but there are some large flaws that really hurt the film for the first two-thirds of its runtime. The way it is shot, and edited and dubbed with various Foley work mixed in is rather poor early on in the film. At times it is hard to watch and shows its amateurish side. I still was able to make it through, but it wasn't until the last 15 minutes or so where the film, both technically speaking and performance wise really kick things into gear. It seemed to lull along and came across as quite rushed and not near as much effort done as that last chunk did. Suddenly, there, the gears shift and the production value and cinematographical effort all seem immensely increased. I was then completely engaged and just as it finally had sank its hooks into me, it was over. Thankfully a sequel is in the plans and whatever work and resources are sank into it, I hope the quality matches the tail end of this one.


As I mentioned above a lot of elements are weak for a large chunk of the film, including the kills and the acting. I know it is a shlock fest and it should ooze with the cheese of slashers of yesteryear, but it doesn't go campy as I think it should have as it could've greatly benefited from not playing it so straight. Again, I know these guys are starting off with not much to work with, but next time, I'm hoping for that great strength put on display from the end of this work. I think people who enjoy Indian cinema and have been waiting for a film as such will find some enjoyment here. Unfortunately it takes too long to get things going, but when it finally does, it does so well. Really hoping these guys give it their all with the sequel. A commendable effort. 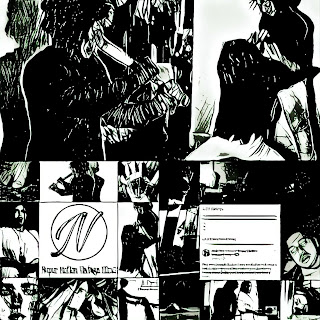