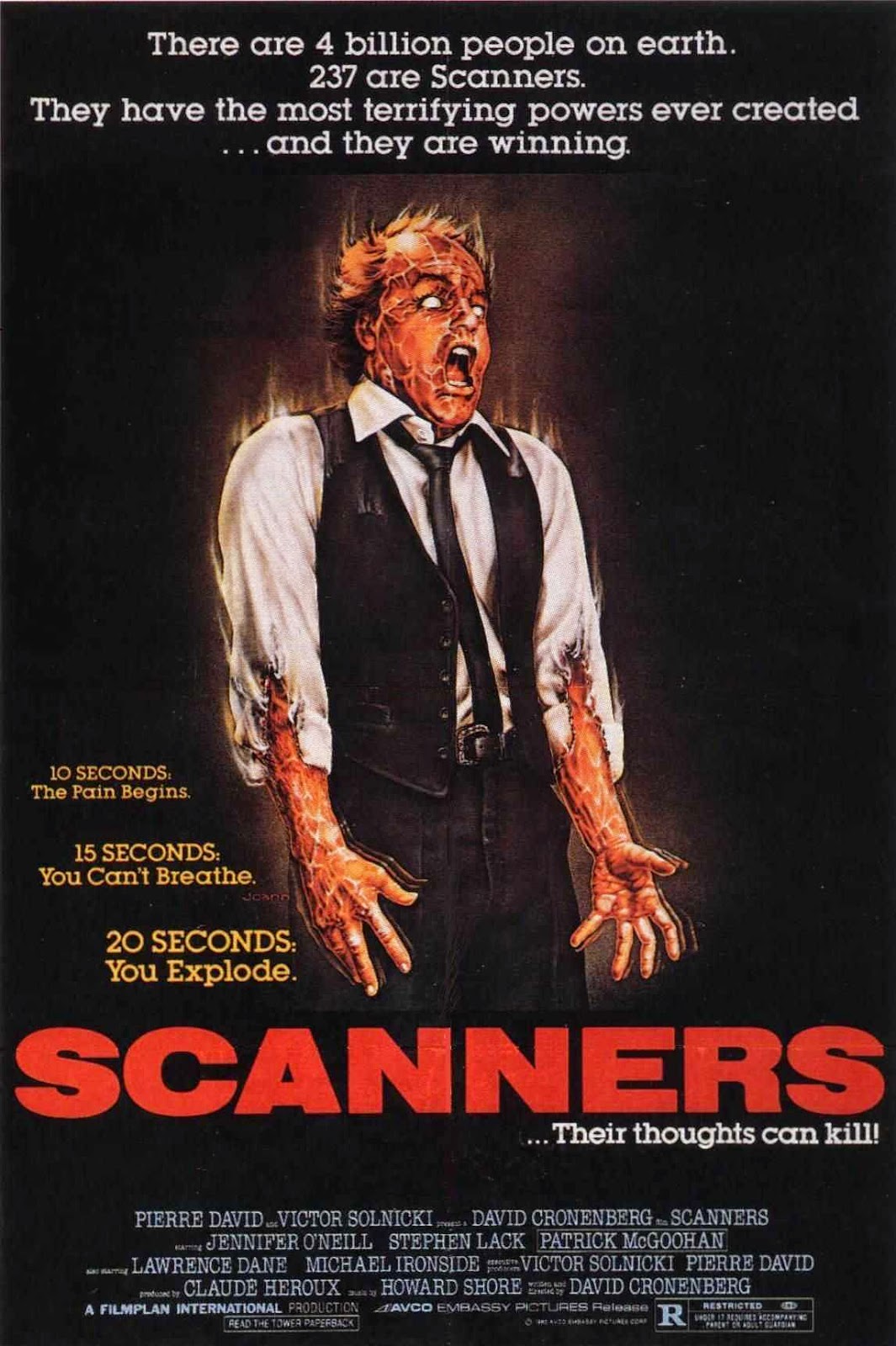 
As a child a horror clip-show documentary entitled “Terror in the Aisles”, which was marvelously hosted by Donald Pleasance and Nancy Allen, got me hooked on horror films forever. Within that documentary an image of a man’s head exploding burned its way into my retinas and I knew I had to view whatever film it came from. Thankfully my mother knew exactly what film it was as she saw it in the drive-in as a high schooler. The film was called “Scanners” and soon I found myself scouring the local video stores like a ravenous wolf to rent a copy. After a couple of stops I found it and not only was I graced with an intriguing film enunciated by the famous exploding head sequence, but it was also my first David Cronenberg experience, a director I would come to have a small obsession with. 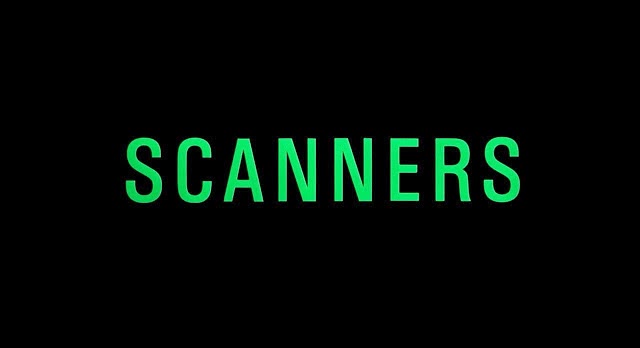 “Scanners” tells the story of a vagrant named Cameron Vale (Stephen Lack), a man that has spent most of his life roaming the streets in a perpetual fog suffering a from a constant yammering of voices talking in his head and some form of telekinesis. After being caught, a doctor informs him that he is a scanner. It’s a mutation of sorts caused by a birth drug that when harnessed can control the thoughts and manipulate other human beings. The voices in his head can only be quelled with the congenital drug known as ephemerol. Of course behind this drug is the evil corporation staple that wants to use scanners as a governmental weapon and to top it off an evil scanner named Revok (iconically played by Michael Ironside) is recruiting his own Scanner army in order to.. du du du… take over the world! 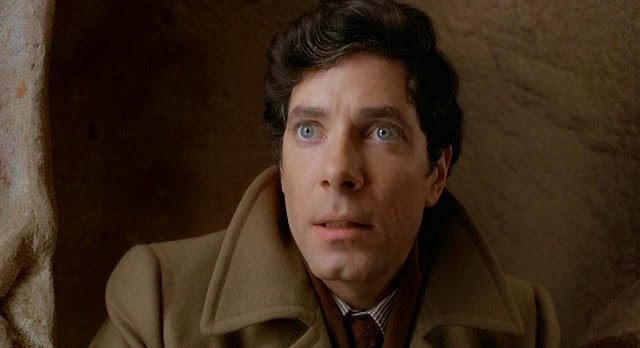 “Scanners”, compared to the director’s previous works like “Shivers”, “Rabid” and “The Brood”, is a bit more mainstream however it is still dripping with the Cronenberisms we all love and come to know. His films usually look at the interactions between technology and humans and how one of humanities biggest fears is their body turning against them. That is all present including Cronebergs grim outlook on the synthesis of man and machine, that the humans simply do not know enough or if they do, their arrogance has them charging headfirst into detrimental experiments. Basically "Scanners" is “Cronenberg 101” and is good starting point for anyone wanting to get into what Cronenberg films have to offer as it is a little more accessible than his films prior and some to come without overwhelming the viewer. 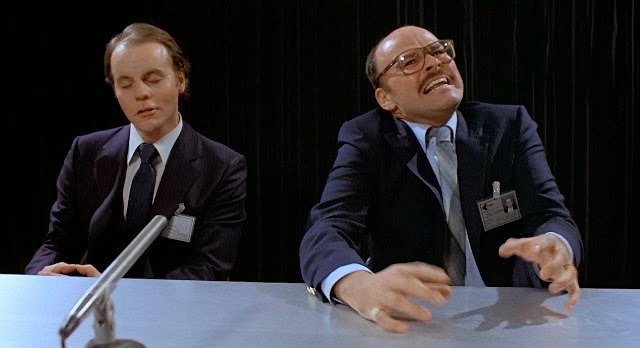 The cast, for the most part, is great. Including the lovely and elegant Jennifer O’Niell as the scanner love interest, Patrick McGoohan as the strangely aloof Dr. Ruth and Michael Ironside in his career defining role as the off-balance villain. Stephen Lack as our lead however lives up to his name as he lacks in every department for giving an unremarkable and un-charming performance. Seriously this guy has as much charisma as a bed frame and gives a new meaning to the term “wooden”. Some people stick up for his performance as this is exactly what a confused homeless person would act. I don’t buy it and the film suffers tremendously from it. Thankfully there is Michael Ironside to make up for this miscasting for the lead as the film wouldn’t be half as good without him. 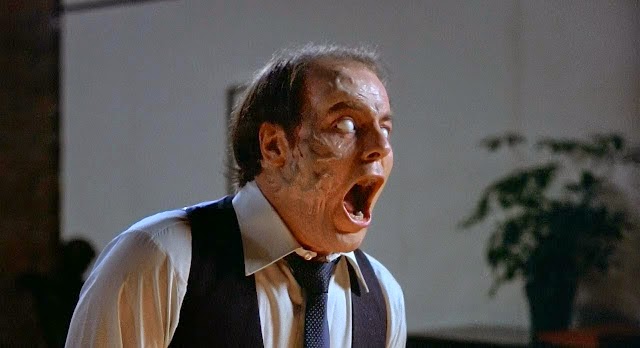 Overall “Scanners” is a solid independent film and I’m glad it was my first foray into the wacky mind of David Croenberg. The slightly tamed “off-the-wall” ideas and lack of depraved sexuality made it far more accessible than his other works around the same era, but at the same time includes all the main staples that we have all come to love from the guy. To top it off it includes one of the sickest and most memorable gore sequences ever to be caught on celluloid. It may not be the best Cronenberg film, but it’s definitely a strong one and catapulted Cronenberg into the mainstream and inspired a host of cheap, and sometimes good, sequels about a decade later. Sequels go as follows: “Scanners II: The New Order”, “Scanners 3: The Takeover”, “Scanner Cop” and “Scanners: The Showdown”.

Written By Eric Reifschneider
Posted by Cronosmantas at 1:50 PM