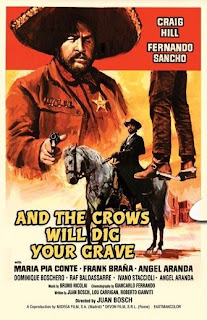 AND THE CROWS WILL DIG YOUR GRAVE﻿


The Spaghetti Western genre is loaded with bizarre film titles and amazing poster artwork that are many times far better than the actual film product. “And the Crows Will Dig Your Grave” is no different. Watchable enough in its own right but hardly a genre film to get to get excited about unless one is a hardcore fan, like myself, and the more obscure the film the more we are drawn to see it. 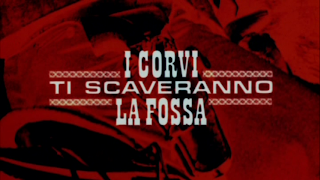 Wells Fargo is getting downright pissed off that all their stagecoaches are getting robbed and plummeting their bottom line. To tighten security they hire ‘special agents’ (more like mercenaries) to track down and kill the most dangerous man in the area named Glenn Kovacs. In order to locate him an agent (Craig Hill) buys the freedom of a prisoner on death row named Dan Barker, a gunslinger with a connection Kovacs that will hopefully lead the mercenaries to his hideout. 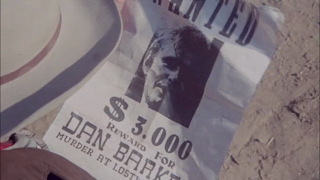 Predictably Barker escapes on multiple occasions only to be caught again and again by the savviness of Craig Hill. He just isn’t grateful of his ‘freedom’ from the gallows but softenings his hard exterior when meeting the films eye candy in the form of Maria Pia Conte, a regular clone of the beautiful Claudia Cardinale as much as Craig Hill’s stoic agent is of Clint Eastwood. Fernando Sancho, known for playing creepy dirtbags in the genre, actually plays a character on the ‘rightous’ side of the law but in all honesty his character is no different than all the villains he’s portrayed with the only difference being star on his chest. 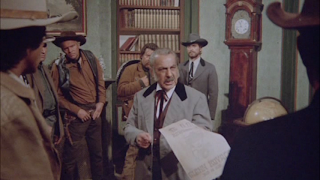 The film does have all the elements fans of the genre love with lots of shootouts, blowing dust, grisly beards, a lively soundtrack, and violent torture scenes (with a character hogtied with barbwire… ouch!) but the pacing of the plot is rather stretched out due to the films actual villain not showing up until over the hour mark. All the characters are also only motivated by money making it hard to draw a line between the good and bad guys, a commonality in the genre. 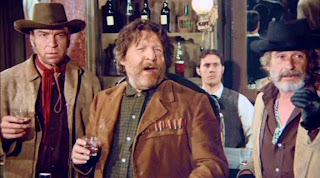 “And the Crows Will Dig Your Grave” may not live up to its kickass title, but it’s still an enjoyably average entry in the genre. It still has all the elements we fans love about the Italian West with selfish antiheros, driving score and dirty landscape and the Wild East DVD release (in a double feature with “The Dirty Fifteen”) is amazing with a fantastic transfer of such an obscure flick. Pick it up and support such a wonderful independent DVD label!