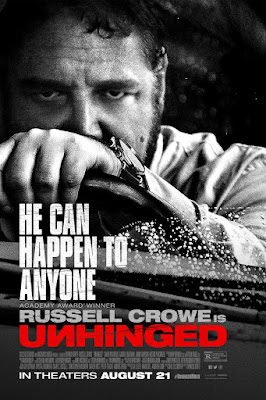 There is a tendency in film where disaffected men forgotten by society rebel and make some grand statement that boils down to “I am here,” usually while spouting some sort of nihilist street philosophy. Some of our greatest films are in this mold, from Scorsese classics Taxi Driver and The Last King Of Comedy, to their strange love child Joker and everything in between, this is a reasonably well-tread trail. It’s not a bad thing, but the tendency towards making these disaffected men the protagonist created a certain personality of moviegoer that has had the effect of changing these characters into cultural heroes instead of the portrayal of tragedy that they’re supposed to be. More simply? Tyler Durden is a bad guy. Plain and simple. He’s a domestic terrorist and an emotionally manipulative sociopath. To say nothing of the aforementioned Joker. Both enjoy a weird cultural hero status that’s always sat weirdly with me. I think it’s the protagonist that’s the issue in this case, in the sense that these character studies tend to follow the character being studied. Unhinged takes a different and exciting angle with that character type by shifting the focus to the victim of insane, unhealthy rage.

Rachael (Caren Pistorius from the city on wheels movie Mortal Engines) is having a pretty rough day. Legal disagreements with her ex, difficulties with her big work client, and a kid (Bateman) who is increasingly and validly annoyed at being dropped off late every day leading to inevitable detention. It all comes to a head when a man ahead of her in traffic is daydreaming through a green light and she blows her horn at him. Pulling alongside her at the next light The Man (Russell Crowe putting in a legitimately disturbing performance that is equal measures pitiful and terrifying) apologizes for spacing out but is driven into a rage by her refusal to apologize back. Clearly already otherwise disturbed, this interaction pushes the man over the edge of insane rage and he decides that he’s going to “punish” Rachael until she “knows what sorry is.”

This simple premise is the frame upon which the film rides, and it does so extremely well. As a resident of a major city with major city traffic, I have definitely seen enough road rage to find the premise more than feasible, and as populations rise, this behavior is only becoming more ubiquitous. Similarly (and again with full credit to Russell Crowe’s terrifying portrayal) it’s immediately clear that the man doesn’t intend to survive the day, or at least doesn’t care if he does. Therein lies the film’s tension while remaining grounded. The man is clever, but he’s not a mastermind, and so all he can do is lash out at obvious targets, Rachel’s friends, career, and even the implication of violence against her child. The script is efficient, combined with a lack of need for any real exposition. The little that’s there is a diegetic news report that makes plenty of sense in context but is also distinctly relegated to the background, emphasizing it as errata to the simple fact that the man broke inside and is now a threat.

There is a lack of depth, both narratively and thematically, that prevent Unhinged from being something truly great. There are a few overlong scenes, a couple of questionable performances especially against Crowe’s delightful scenery-chewing, and some clumsy dialogue that are the only real significant stumbles. Although every questionable moment is countered with some real, sudden, and visceral violence. When someone dies it’s often so fast that you’re left feeling some real horror, actual bottom-drop out of your stomach horror, which is quite a feat. This movie definitely dropped my jaw a few times and that was legitimately exhilarating. The pace of this film is breakneck, rarely allowing you to catch your breath from the inciting incident all the way to the inevitable end.

If you have any kind of taste for an intense, shockingly stressful thriller and the stomach for the violence it’s hard to do much better than Unhinged.