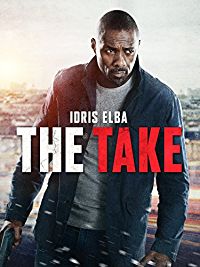 
When Bastille Day changed its name to The Take for international audiences, I was disappointed that the film would have such a forgettable and meaningless title. Yet, now that I've seen the film, it might be a fitting warning. While The Take is not a bad film by any means, it is a film that is wholly forgettable and rather meaningless despite a concept that should amount to so much more. Throughout the entire film, the script, characters, and concept would repeatedly give the audiences hints of a better film and still The Take tends to flat line when it’s needed. At times, it feels like a Luc Besson action production and when the film is on its A-game, it fits right up there with some of his underrated action gems. However, those moments are few and far between as The Take is missing any kind of chemistry or fun to be had. Sure, Elba takes a few hard ass wise cracks at his would-be spastic thief partner during the duration of the film, but none of the cast has enough on screen pizzazz to sell it. The plot is a decent one, turning current events into a kind of action mystery for our two leads to solve, but it never runs with its social commentary. A corrupt group of people using the heightened tensions of people versus the banking system to cover their tracks? This should have worked as action 101. Yet it just falls into generic action film traps. The biggest problem that arises is that the action is meant to be too Bourne like to capture the badassness that Elba is meant to extrude. It's not terrible like Greengrass or Megaton and his protégé, but it's meant to replicate that style and it undercuts much of the better action that is obviously there.


So, perhaps the name change is worthy. The Take is just another Besson inspired generic knock off that has plenty of potential, but sacrifices all of it for the sake of an easily consumable set of generic pieces. Not bad, just nothing that stands out except most of the wasted potential to kick off a stellar action franchise for Elba. 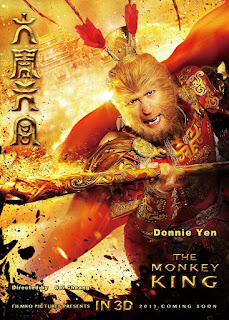 In prep for my review of The Monkey King 2, I figured I should probably see the original one that had slid under my viewing queue for quite some time. It took a long time just getting to the US (arriving as a straight to Netflix film just a few months ago) and there's probably a reason why for that. It's goddamn terrible. Even viewing the film as a colorful family friendly fantasy flick doesn't help the film that much as it has the worst time trying to stay on track and keep itself focused. It's jamming in a ton of characters and interactions that aren't given enough time to develop, it's more concerned with bigger than life CGI sets and battle sequences than it is with the emotional weight that is meant to be driving them, and no one in the cast seems all that intent on selling things as well as they might have. Considering the talent behind this film, including stars Donnie Yen and Chow Yun Fat, it's almost baffling. Director Soi Cheang, known for producing some very entertaining action films recently like Motorway and Killzone 2, tries his best to keep things flowing, but the script and randomized structure prevent a lot of it from having any affect than passable visual intrigue. Even that is questionable when it goes extreme fantasy at times with ridiculous concepts. It would have been nice if the film focused on the romantic subplot for either the monkey king or the intriguing one for the demonic villain, but instead they throw in needless side stories like our titular hero becoming a horse wrangler or his trip below the ocean to randomly steal shit from people.

If there is anything that's worthy of note, it's that The Monkey King features an almost boundless energy to its narrative (bouncing all around like a 4-year-old on cocaine) and it at least can keep the viewer's attention that way - even if the spectacle they are watching is utter malarkey. Other than that kind of energy and oddly dark moments that pop up in the third act, this film is bad enough to be memorable…which is never a good thing. I guess I’m looking forward to reviewing The Monkey King 2. I guess. 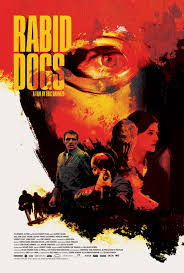 Ultimately, I had mixed feelings going into Rabid Dogs and I have mixed feelings after I finished Rabid Dogs. It's a remake of the iconic Mario Bava thriller, so it already had massive shoes to fill. While this French modernization of the story certainly homages the Italian style of its origin with slick directorial flourishes, a sick synth score, and use of giallo inspired visual moments, the film also misses out on a few things that made its predecessor go damn good: tension and grit. Now, the film has moments of these, using its modern influence and borrowing the sleek look of the French Extreme Movement from a handful of years ago, but there is a missing tension between the key characters and the plotting that undermines a lot of the great things about the film. It also lacks the nihilistic tones and grit. We are made to be somewhat understanding of all the characters and that misses out on the shock that the original Rabid Dogs had going for it as we see their inability to sustain their own group. Instead of calling this one Rabid Dogs, they could have just as easily called it Misunderstood Dogs or Terribly Mistaken Dogs and it would have fit slightly better.

Still, the film has a lot going for it (including those previously mentioned nods to its Italian 70s roots) and the performances are generally strong. The director has an eye for great visuals, even if the tone doesn't necessarily flow as well for the whole film, and it makes it enjoyable. I also appreciate that, despite the various changes made to the film to even out the tone or pull away from the exploitation elements, they did not change the ending too much. A pleasant surprise and worth noting. Fans of the original may want to see how this one modernizes the 70s tale, but those unfamiliar with the story and effective style of Bava's masterpiece might find this very solid - until they see the film it's based on. Then it still remains a remake that can’t match its source.

Written By Matt Reifschneider
Posted by DarkReif at 8:06 PM