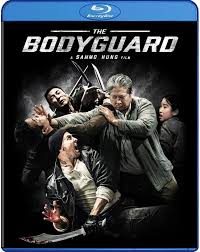 Sammo Hung’s career has always been much more diverse than many of his fans give him credit for. Even within the realms of his action films or comedies, Sammo has pushed boundaries and experimented with new techniques and genre shifting that has made his stuff feel fresh – if not occasionally hit or miss. I mention this in reference to the initial backlash of critique for his latest film The Bodyguard (known as My Beloved Bodyguard outside of the US) and how it wasn’t action oriented enough. Yes, Sammo’s first directorial effort since 1997 proves to be an uneven affair as it blends a variety of genres and he tries his hand at some modern techniques, but this was something that I was expecting going in and thusly, it didn’t irritate me the way that it did for so many. When The Bodyguard hits its stride, it’s something to behold. It’s just that it still has a very uneven narrative due to the genre blending and flow that it doesn’t always keep its momentum.

Ding (Sammo Hung) is decorated solider who lives in a small town on the edge of China and Russia. In his old age though, he’s suffering from dementia and making new memories is very difficult. He’s helped out by his lovely landlady (Li Qinqin) and the neighbor’s daughter (Jacqueline Chan). When his neighbor (Andy Lau) gets in trouble with some ruthless gangsters and ends up on the run with some stolen Russian jewelry, Ding will find himself more than a grandfather role to the little girl, he’ll have to be her bodyguard.

The key thing to remember when going into The Bodyguard is to remember how diverse Sammo Hung is with his filmography. For better or worse, there seems to be a little bit of everything (except for maybe the horror elements of Spooky Encounters) thrown into this film. Even then, he has a couple of pretty viciously violent moments that could borderline horror. This makes for a film that feels distinctly Sammo Hung in many ways, particularly in the role of Ding as he gets to flirt with funny, kickass, and sad with the character arc for himself, but it also makes the film feel rocky and uneven. At times The Bodyguard fringes on being a family oriented drama with its focus on his relationship with the young girl, her belligerent gambling father, and the funny and charming relationship with his land lady who has a crush on him. This is easily the highlight of the film. Sammo ably portrays the memory stricken Ding as it is the perfect role for him and these heartwarming moments of “family” and his own regrets in his life (there is a scene where he makes a phone call to his daughter that had tears in my eyes) strike home with impressive accuracy. In these moments, The Bodyguard is charming, heartfelt, and expertly executed by Sammo as the director.

Unfortunately, that’s only one part of the equation that makes up The Bodyguard. The rest of the film is an action thriller punctuated by vicious hand to hand combat and a slew of unsavory gangster villains. The secondary cast (outside of the little girl and landlady) are mostly stashed on this side of the film and they include some solid performances. Andy Lau struts his stuff as always and the villain gets to be almost cartoonishly evil, but it works for what it is. Don’t put too much faith in the plethora of cameos supplied by all of Sammo’s friends like Yuen Baio, Tsui Hark, and Eddie Peng because they are bit pieces scattered throughout the film. The story for the thriller elements mostly works, although the final act has some weird leaps of logic that didn’t come off as well as they looked on paper, and the action is well choreographed by Sammo Hung when it shows up for its two set pieces. Now here’s the big issue with why the action doesn’t work to the film’s benefit and this is going to hurt me to say as much as it may hurt you to hear: Sammo Hung messes up the action direction. I know, I know. This guys is legendary when it comes to action and his legacy is cemented into the books of history for design, choreography, and direction. However, he attempts to pull some very modern things with the action here. The fights are heavily edited with lots of close ups and he uses slow motion as if it’s God’s gift to action. Normally, these aren’t things that irritate me. A lot of modern action films use them and I’m used to them. Just not when it comes to Sammo Hung action. What it does is it destroys the pacing of the final battle and even a car chase is undercut by the style and throws off the flow. For action fans and Sammo fans, it’s shocking how uneven and forced these scenes feel in the whole and just on their own.

In a way, The Bodyguard would have been a much superior film if the action was pulled out. Granted, the big complaint from fans was that there wasn’t enough action so that might have been PR suicide, but the heart of the film is so good that it didn’t need the forced action set pieces. Perhaps a little piece here or there (the scene where Sammo slaps the villain should remain as it’s perhaps the funniest and most badass moment of the film), but The Bodyguard should have trimmed itself into being a drama with some thriller elements and eliminated the action altogether. In this manner, it would embrace its strengths and limit its weaknesses. Still, the film is enjoyable and the performances carry a lot of the weight for it being a fun and heartfelt cinematic experience. Sammo Hung fans may not love that his return to the director’s chair is such a mixed effort, but the film has a lot of positive to balance out the negative aspects of its scripting and action set pieces. Hong Kong cinema fans owe it to themselves to see it simply because of Sammo’s performance and the strong sense of heart it contains, but go in knowing that it’s a much more diverse film than it was marketed as and you will still enjoy it for what it does right.