Perhaps the greatest (and most concerning) thing about the horror genre is just how ravenous their fan base can be. Horror is an oddly divisive genre and one that encompasses a shocking amount of ground and style. Mainstream, underground, found footage, slasher, etc. And every person has their opinion about the genre and it's usually fairly strong. This year, I tried to keep an open mind to the newer films, setting aside a lot of my own expectations and pre-determined tastes to go into films with a blank slate. With over 60 films watched in the genre, not nearly all of them that were released, here is my top 20 horror films of 2015: 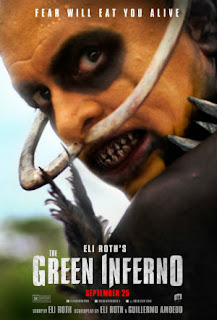 Eli Roth has always been a guilty pleasure of mine and his homage to the cannibal subgenre of horror is something that falls right into that category. It's not nearly his best film, nor is it perfect, but the blend of outrageous over the top characters, humor, horror, and plotting had me more than entertained throughout earning it a spot on this list. 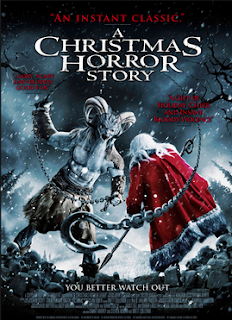 I've always been a sucker for an anthology film and adding a gimmick to the proceedings only builds the fun, so I was pretty stoked for A Christmas Horror Story just in concept. It helps that the film builds some diverse tales into one holiday powered package that earns its merits in some Tales from the Crypt inspired ways. This film was a huge unknown for me, but when I happened to catch it on Netflix Streaming I was hooked. The suspense, the way that the film unfolds its simple 'haunted police station' story, and a strong lead performance carry the film a long way past its exploitative and generic roots. Don't let the silly cover fool you, this is a film that's far more creepy than campy. 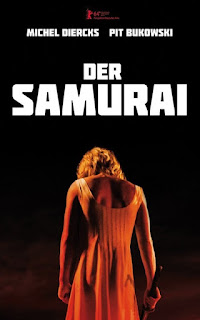 Artistic horror makes a few appearances on this list, but Der Samurai might be one of the strangest. It's a fairly low key film that utilizes its low budget wisely and it has to bulldoze it's way through on a minuscule concept that hinges on strong visuals and outlandish performances that might have been unintentionally bad in the wrong hands. However, the film fights its way onto the list through sheer force and artistic intent. 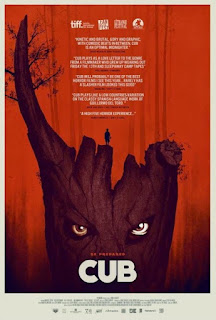 The brilliance of Cub is that it took inspiration from a variety of earlier films like Saw, Texas Chainsaw Massacre, and the 80s slasher and then made it all feel fresh. It's an odd film, one that really does come off as a bit artistic in its handling compared to its influences, but it's one that I found myself thinking about again and again throughout the year. 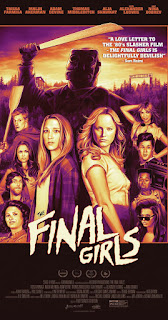 2015 marked 'the year of comedy horror' for me, which is an odd statement considering my usual ambivalence towards them, and The Final Girls is the first on this list of a handful of hilarious horror flicks. Using and abusing the tactics of Last Action Hero in the realm of Friday the 13th, really the only issue with this film is its lack of gore - otherwise it's a heartfelt and fun spin on the slasher genre that had me hooked with its silly characters and generally well developed mother/daughter spin on things. 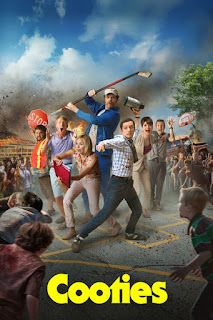 Zombie comedies (or zom coms) have been a dime a dozen for a decade now and often enough not worth the dime in that phrase. There is occasionally one that pops up that's worth its weight in dead flesh and this year it's Cooties. It's awkward, it's uncomfortable at times (they kill a lot of kids), and the cliches about teachers can be broad stroke painting, but it all works together in a miraculous fashion to make one of the funnier horror films of the year. Not to mention the combination of casting is spot on. 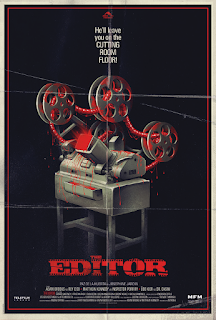 I'm not even horribly well versed in giallo and The Editor hit all of the right marks for me to be both a loving homage to the (re)emerging genre and a hilarious spoof. The directors hit all of the right formulas, style, and outrageousness of giallo in one film and fans of the genre are bound to enjoy this no matter how seriously they love it. Worth it just for the mustaches. 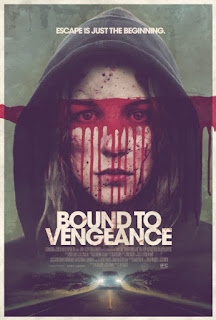 Gritty, grounded, and vicious, Bound to Vengeance overcomes a lot of logistical flaws in its writing to deliver a film that's tense and punchy. It's simple and it derives a lot of its power from its performances and visual style, but this one was a huge surprise for me when I first dove in. It's a modern look at grindhouse concepts and it works splendidly. 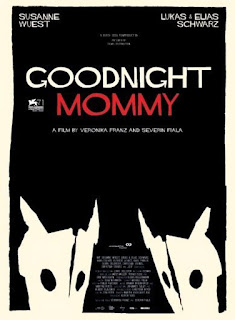 If anything, the hype from the 'super scary' trailer was perhaps Goodnight Mommy's biggest success - namely because the film doesn't actually follow the assumptions one makes after seeing the trailer. It twists and turns in a slow burn fashion and in the final act aptly goes for the horror gold, almost executing the same structure and successes that made Audition so damn impressive. 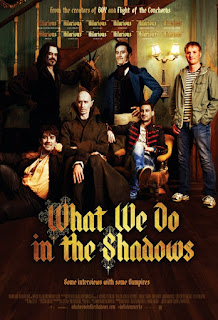 A lot like the zom coms I mentioned earlier, vampire comedies are horribly hit or miss, but What We Do in the Shadows nails the mockumentary style so perfectly that Christopher Guest should weep with pride. It's awkward and off the cuff in style and the film really digs into some great concepts that make the film work so well. Not only are our protagonists vampires in a world they don't quite understand, their lovably idiotic. An approach that could have failed, but works remarkably well. 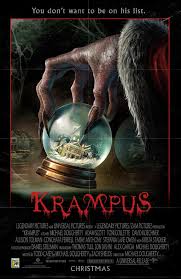 Michael Dougherty strikes again with holiday horror magic, but instead of Halloween he attacks Christmas lore. A random crossbreeding of Christmas Vacation and Gremlins, Krampus strikes a strong balance of funny and fearsome as it maximizes its PG-13 rating. Definitely a film I will be revisiting year after year. 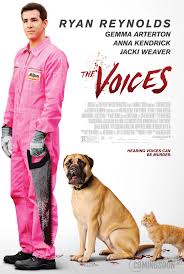 The Voices was a film that didn't hook me with its trailers or its initial hype. However, Ryan Reynolds owns in this oddly humorous and heartfelt take of the downfall of a serial killer. The cast is packed, the visuals are effective and the film is very good at being less than black and white with how it portrays its protagonist - a move that really adds to the depth of the film. 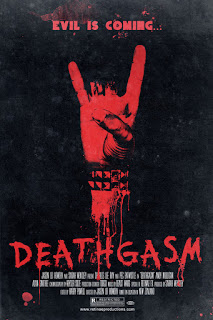 Take a page from the book of old school Peter Jackson, Deathgasm is both a fun horror flick and one that utilizes its heavy metal gimmick to its fullest. It's over the top with its gore, humor, and concept and it makes it a big surprise this year. Most of the time heavy metal horror films are silly, but this rises above its own boundaries to really knock it out of the ball park. 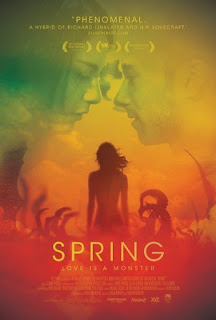 What the movie Monsters did for the romantic side off science fiction kaiju movies is what Spring does for the romantic side of horror. It hits all of the tropes of an indie romantic dramedy (and the lead character even makes a joke about it), but there's just one monstrous twist....and it's executed with enough artistic merit and charm to pull it off. The Treatment is one of those movies that is amazing, but hardly enjoyable. It's intense, gripping, and just a little shocking with its subject matter. It's also impressively good at being all of those things. Enough so that it lingers long after the film has ended with a reverb that echoes in even more horrific ways. 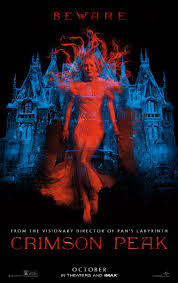 Del Toro remains one of the most fascinating directors working today. While Crimson Peak certainly carries some of his trademark elements in full (the beautiful visuals, the color schemes, the fairy tale like fantasy elements), it's also quite the throwback to the era of gothic horror romance. Fifty or sixty years ago, this film would have starred Vincent Price and Peter Cushing as the two male roles and that kind of knowledge is present in the writing and narrative - making this a film that all genre fans can enjoy. 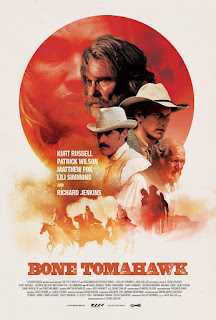 Minimalist, intense, and littered with a plethora of memorable characters, Bone Tomahawk might be one of the most effective westerns I've seen in a long time. It adheres to a slew of western motifs, but at the same time pulls away from the theatrics of the genre to deliver a realistic and often horrifying horror spin on it. The results are an artsy genre endeavor powered by a stacked cast and a director who uses space an subtlety to engulf the viewer into this universe. 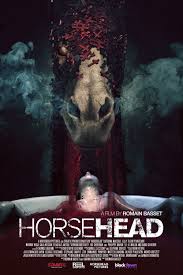 A phenomenal piece of horror, Horsehead combines the best of old school tension and visuals and mixes it with a modern hunk of gore and structure. Heavily inspired by the Italian giallo, the film takes a modern haunting script and whips it into a fever dream experience. It's one that horror fans are going to immediately want to purchase, watch, watch again, analyze, and praise. Honest to whatever deity to whom you worship, It Follows strikes an unreal fear of people who walk calmly into your soul. Powered by a pulsating score, a knack for the subtle details of characters, and an unrelenting villain, this film had me hung by the toenails from its wicked circular opening shot. It Follows will make you so much more aware of your surroundings from now on. #WatchYourBack


Any films that we missed and should have made the list? Spit some blood below (or at our Facebook page) and let us know!