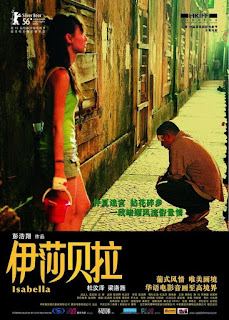 The 5th film in Pang Ho-cheung's filmography, Isabella, is hands down absolutely one of his best. It's a slow, subtle, and moving character study on two broken people who bring themselves together in a most unusual scenario. I don't want to go to into the plot or specifics of the movie, as I think this one is best to go into with little to no knowledge of the film. All the slower and artier than most of Pang's other films, this shows a mature side to the filmmaker that I honestly didn't knew existed. That's not to say his films aren't good, I clearly wouldn't enjoy doing a film series on a director I disliked, but the films of his I had seen prior to this, all sort of have this rock 'n roll swagger to them, and this film has none. It reminded me that even the loudest of people have their quiet moments. I don't want to start comparing this and contrasting that, as I am not here to lecture, but instead I will focus on the film at hand. 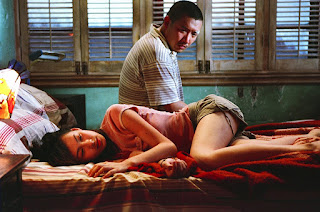 It's rather hard to speak about a movie when you just wish people would see without much said on it. It's a very good film, but the average movie goer may not enjoy it. It's definitely an arthouse film, but I never once found the film slow. It's deliberately paced, and the film takes its time developing both lead characters, and by the end of the journey, we have great knowledge and feelings built with these two leads. Chapman To gives his best performance I've seen out of him. It's dramatic, but not heavy. He brings a subtlety and realness to his role that I hadn't seen out of this primarily comedic actor before. I honestly wish he would get cast in more serious roles. Isabella Leong, who I had seen in nothing aside from this, is wonderful too. She has this beauty that shines through even her most somber moments. Their chemistry together is wonderful and they easily carry the film.

As with most PHC films, the cinematography here is gorgeous and reminded in some ways of the works of Wong Kar Wai. The cross culture between Portugal and Macau brought an interesting element of atmosphere to the movie, based in an area and time of history that is quite recent. The earthy, worn down city was practically a character in and of itself. The aesthetic of it really helped draw me in and I honestly got lost in the world presented to me. Some really creative camera angles were implemented throughout, such as shots looking down on people as they slept, and some unusual framing on close-ups of characters, that gave the film a unique flavor. It's odd, this film could've been bland and gone nowhere, but it's so masterfully directed, that you just get absorbed and float along for the ride. 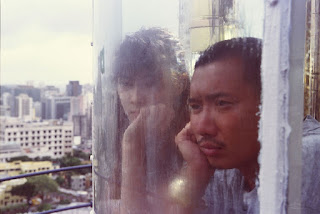 As somber as this world gets at times, it is inhabited by some interesting characters, and in particular the sort of go to venting machine for To's character, played by Anthony Wong. His character is eccentric and constantly stuffing his mouth with fresh grub. He brings a ray of light into an often grey world. Josie Ho has a very tiny, but nice cameo. I always enjoy seeing her in almost everything she's in.

The film may be smaller in scale and more dialed back in terms of where it goes and how it gets there, but that is not to say the film is without surprises. Again, they are subtle, but it does occasionally throw some curves that never feel out of place. It never once gets overly soppy or heavy it beating you over the head with emotions. 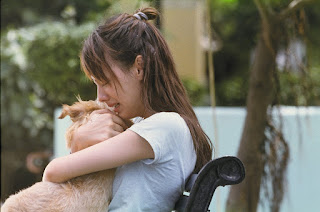 I think the best word to describe this film would be bittersweet. While I enjoyed the film, and it has some beautiful moments, you constantly have this small sense of dread, you keep thinking something bad is just around the corner, and yet the corner seems further and further away as you slowly walk forward. Accompanying this feeling is an absolutely fantastic score that every time it came to the forefront, I felt it to my core. This film really deserves more praise than it has gotten.

This may be the calmest of Pang's works I've seen so far, but the more I think about it and reflect on it, the more it is seeming as if it may be his best work. I typically see an art film usually once and don't revisit for quite some time, but already, I am wanting to see it again. It was a film I had been interested in but kept putting a side for some reason, and honestly I regret doing this. A near masterpiece.

Posted by Josh Parmer
Email ThisBlogThis!Share to TwitterShare to FacebookShare to Pinterest
Labels: Drama, Heroes of the East, Pang Ho-cheung