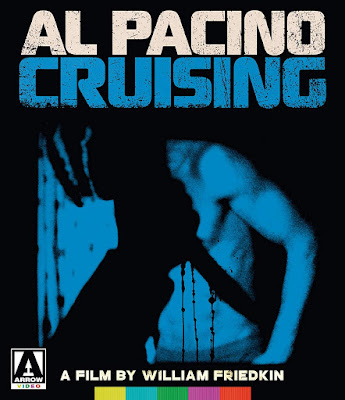 Cruising is one of those fascinating films that, in the grand scheme of things, has had a strange existence. Although this review of the film is not meant to be a full analysis of the film’s history which a viewer can get a fantastic exploration of from the various features on this latest Arrow Video release, the film’s journey does lay context for the rest of this review. From the heavy protesting of the film by the gay community during its pre-production and through most of its original run to a pocket of reclamation that has come about in recent years, the film is one that is surrounded by controversy. When a film that is made in the late 70s to be released in 1980 concerns a serial killer stalking the S&M clubs of New York, it was bound to be abrasive to most viewers. Thus, it’s a prime film to earn its own cult following. With the bold combination of star Al Pacino and director William Friedkin, Cruising has the talent to be a fantastic film. Can it rise above its controversial status to do so?

Telling the story of a young cop, played by a wide-eyed and nervous Al Pacino, Cruising follows an undercover cop placed into the world of gay S&M clubs as he attempts to draw out a serial killer who is stalking the subculture. As mentioned, this is a controversial topic. Based on a variety of true stories from the time that co-writer and director Friedkin adapted into this film, it’s both a perplexing and often engaging film that never shies away from its material and often dives headfirst into it.

Just on a surface level, Cruising is a film that is meant to be uncomfortable. Not because of its representation of the culture and world that Al Pacino’s character must navigate – in fact, most of the sequences in the film that takes place in the S&M clubs are littered with the actual members of those clubs, but because of the violence and narrative shifts it takes to examine how the killer seemingly hunts his victims and takes advantage of that culture. This killer is strategically using a place where people feel comfortable being themselves and exploring their own passions as a hunting ground. On top of that, the film regularly shows the ineptitude of how the police force reacts to this culture. From police officers who target gay men to broad assumptions made by characters or even a blown sting based on the misunderstanding of the language, Cruising is often far more critical about how society and law enforcement don’t understand the culture than it is critiquing the culture itself. It still portrays the night streets of New York as places for potential threat, but that threat is from those who take advantage of people and not the culture itself. This is where the film has moved from a status of being seen as a negative portrayal to one that has gathered more praise and ground as time has passed. There are certain aspects of the film that don't age as well as they might have, but the bold choices it makes do conjure up a sense that the film had more to say than anything being just black and white.

In terms of the execution of the film, Cruising is a bit more hit and miss. Friedkin is a master of the suspense and narrative and that is certainly on show in the film, but the overall choices made with the narrative can be almost too vague for their own good. As the film progresses, powered by a handful of fantastic performances and anchored by a rather subdued and less-yell prone Pacino, Cruising loves to toy with the expectations of its viewer. It can rapidly shift focus as our protagonist becomes more empowered and the plot deepens its mystery. The film almost reaches a fever dream quality as the brutal kill sequences, expertly shot Friedkin, and the narrative spins on expectation become a beacon for the film to navigate rather than a style choice. By the time it reaches the last 15 minutes or so of the film, the vague elements of how it tells its story become rather overwhelming and the final moments are likely to leave a big and impactful question mark for the audience.

Once again, Arrow Video are primed for this latest release and deliver an edition that cinephiles will want in their collection. The new 4K scan and restoration of the film supervised by Friedkin is utterly beautiful and it aptly embraces the pristine and gritty shots of the nightlife on the streets of New York with a flare I did not expect. The film also features some archival special features that are listed below, but the best feature on the disc is a new audio commentary with Friedkin and famed film critic Mark Kermode that digs into the history of the film and gives light to a lot of the intriguing elements of it.

Although Cruising is a bold film that truly grips its controversial tones, moments, and style with an iron grip, not all of its choices are as effective as others in the film. Great performances, visuals, and intensity make it a sure-fire cult classic in impressive ways, but its increasingly unfocused narrative and attempts to add in vague elements and shifting tend to be underwhelming for an icon like Friedkin. However, fans of the director or controversial cinema will absolutely want this latest Arrow Video release to grace their shelves. 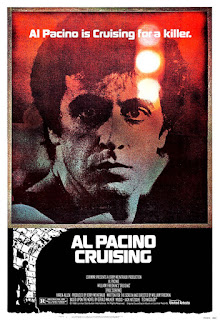