It’s now post-Thanksgiving here in the US and that only means one thing: Christmas has already been in our social conscious for four months. Seriously though, retailers have been prepping the masses for the Yule Tide cheer for months already. For most of us though, it’s not until after Thanksgiving and Black Friday that we really start to get into the Christmas spirit. For cult cinema fans, that means busting out the “non-traditional” Christmas classics from our collections. For many of us in particular, that means the popular Christmas horror sub-genre. We already all have our favorites for this genre, whether it’s Bob Clark’s nihilistic Black Christmas or the comedic scares of Gremlins, but for this article I wanted to dig into some of the modern films that deserve some love.

To qualify for the modern list, the film had to be released after the year 2000 and it had to be a horror film that embraced the tone and feel of Christmas. This can be a hard thing to define ultimately and I’m sure readers will immediately fill my inbox with suggestions of things I missed (which I wholly encourage since there are plenty of gems out there that I have overlooked), but for each film picked there is a little blurb as reasoning for its selection. As much as I loved this year’s Better Watch Out or the French extreme flick Inside, those films don’t quite embrace the Christmas time aura needed for it to make the list. Although I would love to hear otherwise from our readers.

So enjoy this Top 5 Modern Christmas Horror Classics list, spit some blood in the comments to let us know what we missed and why, and share it with your friends. Spread the cheer. Spread the screams. Cause it’s Christmas horror season. 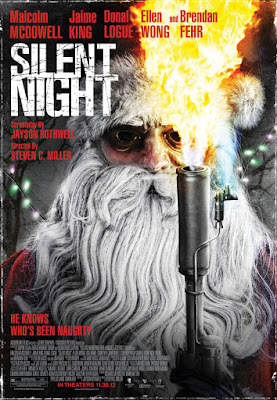 It’s only natural that I start this list with the most controversial pick. Steven C. Miller’s much hated remake of the Christmas horror classic Silent Night, Deadly Night does do things in such a strange and often tongue-in-cheek manner that it’s one I always find myself watching this time of year. If you read my original review for Silent Night, I’m pretty harsh on it myself, but over time the film has grown on me with its outrageous concepts, fun visuals, and just hilarious moments of cheesy horror. In a way, this is the perfect viewing companion with the (also) very hated Black Christmas remake, but I think this one might just edge that one out as a fun classic that will ultimately find its devout cult audience. 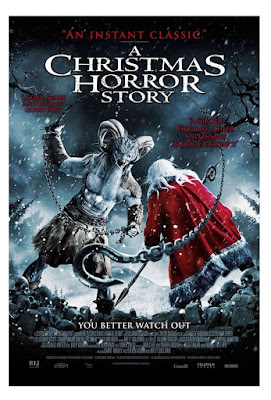 Anthologies right now are all the rage in horror (they come and go in spurts of popularity, really) and Christmas horror movies are also hitting a heavy stride in popularity, so it’s only natural to expect that there would be one to combine the two. Like many anthologies, the quality of segments wavers and as each segment attempts to bring a different kind of horror to the mix including a ghost story, a Twilight Zone-ish fantasy horror, and a monster story. Yet, it’s the inclusion of a segment where Santa must battle hordes of zombie elves that truly cements this on the list. Not to mention, it’s narrated by William Shatner? Yeah, A Christmas Horror Story a modern Christmas horror classic for those last two things alone. 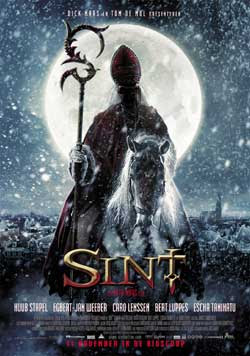 Dick Maas already defined his role as a cult horror director with his killer elevator films Lift and Down along with his cult classic Amsterdamned, which all recently were released on Blu Ray and I highly suggest picking them up or renting them on VOD, but his leap into Christmas horror with Sint – released in the US as Saint – is an instant classic for the season. One-part dark comedy, one-part fantasy, and all horror, Sint is outlandish and often perplexing in the best ways. Seeing a zombie European cloaked Santa riding a zombie horse on rooftops aside, the film has plenty of moments that are unforgettable and brilliantly executed and it remains one of my favorites for the season for a reason. This is one that is often overlooked by fans and shouldn’t be. It’s a genre bending and heartfelt film that earns its cult status. 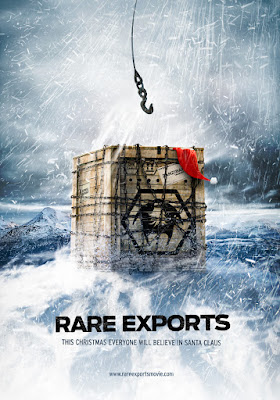 Another European film about the dark origins of Santa like the previous entry, Rare Exports, also released as Rare Exports: A Christmas Tale, is the Finnish modern equivalent to classic family friendly fringed horror like The Goonies and Gremlins in tone and it’s brilliant to watch. It spins the narrative, uncovering an ancient and evil Santa, as it follows our young protagonist while it mixes a lot of childish fun with fantasy and some truly dark and horrific moments. Its themes about family and heart make it weirdly effective as a Christmas film on its own even outside of the horror aspects. Simply put, this is a must see in the next month or so. This is the one film that was obvious to me that it was going to make the list, not matter what. Director Michael Dougherty set the standard for modern day horror that embraces the Halloween spirit with his film Trick R’ Treat and it’s impressive that he was able to do the same with Krampus. With only a PG-13 rating, he crafts a film that’s filled with laughs, scares, and just straight out strange things in it that – like the previous entry on this list – can actually work as a film for the whole family as much as it does a horror film. Just a couple of months ago I saw a kid, maybe 10 years old, watching this film on a plane and it wasn’t even close to being Christmas season. That’s impressive. Not to mention, this film has also spawned one of the worst trends ever of terrible, horrible Krampus themed films that litter the shelves of Wal-Mart. There’s gotta be something to a film that spawns that kind of weird phenomenon.

So now that you know my top five picks for best modern Christmas horror classics, what’s yours? Do you agree with the list above? What have we missed here at Blood Brothers? Spit some blood below and let us know what are your favorite films that deserve some recognition.