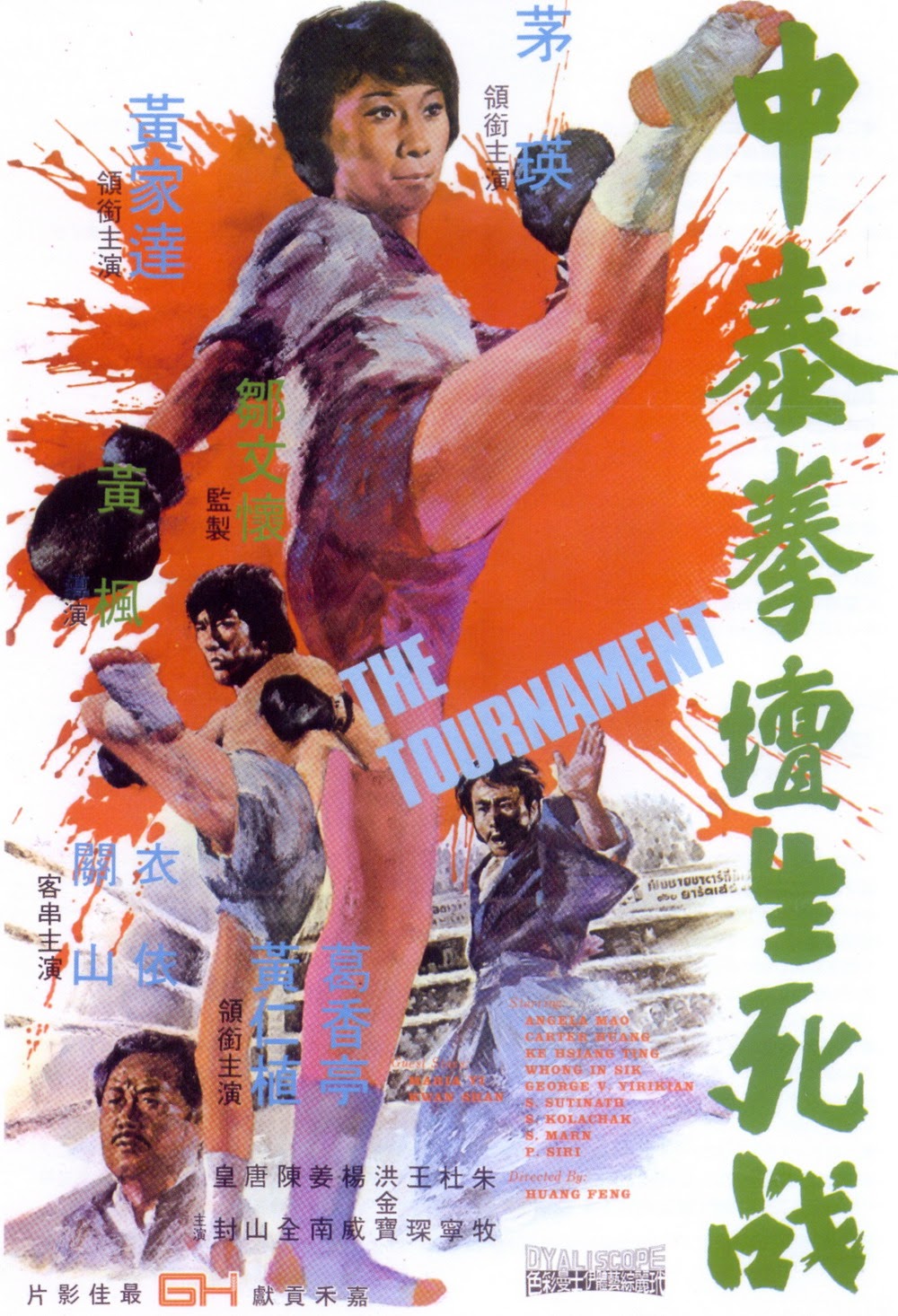 As I work my way through the various films of Angela Mao Ying (thanks to some substantially convenient sets from Shout Factory), it’s become quite apparent why she captivated audiences like she did. Rarely is she portrayed as a ‘sex symbol’ in these films, but as a powerful figure breaking chains and forging new ground. For her film The Tournament, Angela Mao continues this path as a strong willed fighter. It’s potent enough that while the film lacks a lot in its execution, the good portions make it a statement still and it still comes off as rather progressive in nature.

When a ruthless gang threatens a small business, a martial arts student in Hong Kong requests of his master to go to Thailand and compete in a tournament for money. Reluctantly, the master agrees and a whirlwind of controversy about honor for Chinese martial arts begins. It’s up to the master’s daughter (Angela Mao Ying) and her brother (Carter Wong) to sort through it all and figure out a way to save face.

Interestingly enough, for a film called The Tournament that’s about fighting in a tournament, it rarely subjects itself to the tropes of the tournament martial arts film. This isn’t Enter the Dragon or to a lesser extent Mortal Kombat, this is based on more classic martial arts tropes instead. Granted, the structure of the film is perhaps its biggest flaw. The film starts off with some corruption that leads to a young man having to pay a lot of money. This kicks off the entire reason the film heads to Thailand for a tournament. However, this is brushed off fairly quickly (hell, they even kill the young man to do so) and the rest of the film is left up to having our two main leads in defying elders to learn how to counter Muay Thai and regain face, eventually going back to Thailand for another “tournament” and more corruption.

Outside of its leap-frogging narrative, the film is obviously padded to get it to length. Considering some of the social and gender subtext, one would think that there is enough material to keep our characters from running around temples for extended periods or spending way too long with their father as he frets about the reputation and disappointment he has brought upon his school. At times it almost feels like two films with the first half focusing on the Chinese reaction and the second half being the actual event where our heroes must defeat some Thai boxers. At times, it just baffles in how it can feel so drawn out and yet be such a short film.

Despite these obvious challenges, The Tournament succeeds in a variety of places. The action is top notch – with the highlight coming in the middle portion when Angela Mao must fight some Japanese instructors and then prove her competence with some other masters (including Sammo Hung). The tournament moments themselves are actually somewhat undynamic – which might have been a statement in itself about the art form of Chinese kung fu versus the brutal and straightforward pummeling of Muay Thai, but the rest of the action set pieces (no matter how forced like the second moment featuring the Japanese school) are entertaining.

Outside of another solid performance from Angela Mao Ying, some of the progressive thinking behind the story, and the action, The Tournament suffers quite a bit from a scattered narrative and some wasted time with side plots. Kung fu fans are sure to find some things to enjoy and they will appreciate the unique spin on some classic tropes, but the film itself leaves quite a bit to be desired in execution. For fans mostly.