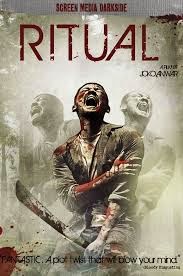 There was a little low-budgeted Indonesian film that came out sometime early 2012 I believe. It was so little talked about and hit the festival circuit so much under the radar, that I thought honestly that it'd never hit American shelves. So sometime around late November, I ran across the movie on the Playstation Store, under the title, "Ritual." Of course the title had changed, but my anticipation to see it had been restored. Payday rolls around and I almost immedeatley download the instant I wake up. Flash forward to today [last day of 2013], and I've finally got around to seeing it, and I'll say, it's definitely a mixed bag that will leave some isolated.

"Ritual" a.k.a "Modus Anamoli" opens up with a man pushing himself out of the ground, literally. Freaking out and not knowing who he is, our unnamed protagonist quickly finds his handy-dandy wallet to discover his true identity, John. After wondering around and trying to gather his memories, John stumbles across a cabin, to end up finding his dead wife inside. A video is played and he realizes he has two kids, a son and daughter, who have vanished from the house. To save his hide, and hopefully find and rescue, John quickly jolts out of the blood soaked cabin and journeys out into the hellish, seemingly never ending woods. And this is just the opening of the film. 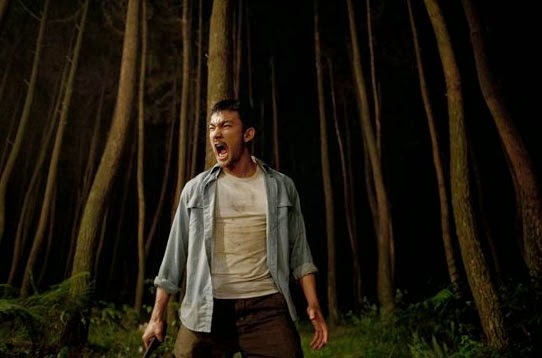 Unfortunately, this is where the film will probably turn some people away. A big chunk of the film, probably an hour, is of John wondering about in the woods, screaming his head off, trying to find his kids and piece things together. For the most part, slow burners like this don't bore me, but I found myself spacing out at times and I probably missed a few little clues along the way. Another odd thing about the film is its cinematography. Sometimes its phenomenal and excellently framed and as gritty looking as you could possibly hope for, and in some moments, the camera is all over the place or you could tell where the cameraman got tired during a long take, and the camera finds itself panning down and all around before recovering back to the original intended position. It may not bother some, but I found myself going "Come on already!". The pacing is a bit of an issue but the film's strongest point, the payoff, will have you feeling glad you stuck through the whole thing.

One last thing to note, is that the film is entirely spoken in English, though the cast is Indonesia. An odd, but nice choice, though sometimes it really affects the acting, sometimes coming of as unbelievable, and at times, just plain bad. 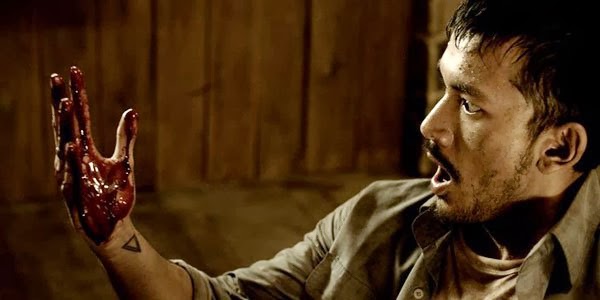 That's not to say I didn't like the film, in fact I enjoyed it as much, if not more than I thought I would. The last 30 minutes are fantastic, and when the film places all the final pieces together, you wonder what would happen if the film carried on. This film, however, will more than likely never see a sequel, and that's a good thing. It's a great standalone experience that should be checked out if you can get pass the extremity of the slow burn pace and the sometimes out of place camerawork and acting. I'd say rent it 1st, to see if you like it.