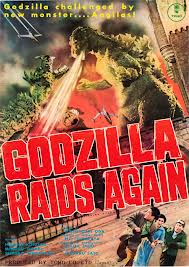 Aka "Gigantis the Fire Monster"﻿


Seemingly drunk off the towering success of their global hit “Godzilla”, Toho quickly put their sequel “Godzilla Raids Again” into production and had it shoveled into theaters within 6 months after Godzilla stomped through the screens. The result? Not as bad as it should have been but still not near the monumental fame their early effort proved to be making it one of the most forgettable entries into the mile long franchise. 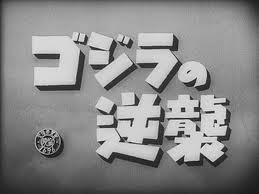 A duo of pilots are forced to land on a deserted island witness a fight between the monsters Godzilla and Anguirus (a re-occurring monster in the franchise). They bring the news to the authorities and they prepare for the return of Godzilla which results in more miniature cities getting pummeled and toy tanks getting melted. 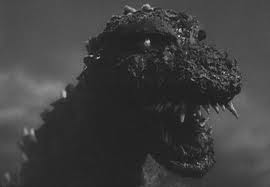 Oddly enough when “Godzilla Raids Again” got released in the United States it was retitled “Gigantis the Fire Monster” with newly filmed footage all referring to the beast as “Gigantis”. The producer claimed he changed Godzilla’s name in order to make audiences think they were seeing a different monster movie and later regretted the fact. You think?! Most monster movies would love to retitle their films “Godzilla” in order to make more money and this schmuck did the complete opposite. This American version is far worse than the Japanese version by adding an extremely annoying narration that explains the blatantly obvious in such detail that it mimicked John Madden commentating a football game (not to mention Godzilla’s trademark roar is replaced). 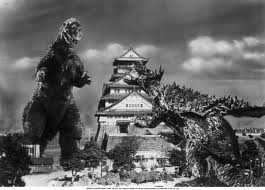 “Godzilla Raids Again” suffers extremely from its rushed production as it really has no plot to speak of and barely ekes out over an hour running time. The fight sequences also seem hastily put together, even being filmed at a higher film rate as opposed to the traditional slower rate for giant monster fights. The highlight is having Godzilla fight his first on-screen battle with another monster but it lacks the dark nature of the original and the campiness of the entries to come making it rather forgettable among the ranks of Godzilla films. It’s not the worst Godzilla film by a long shot but at the same time it lacks the loveable replay value.

Godzilla would return after a hiatus in “King Kong vs. Godzilla”