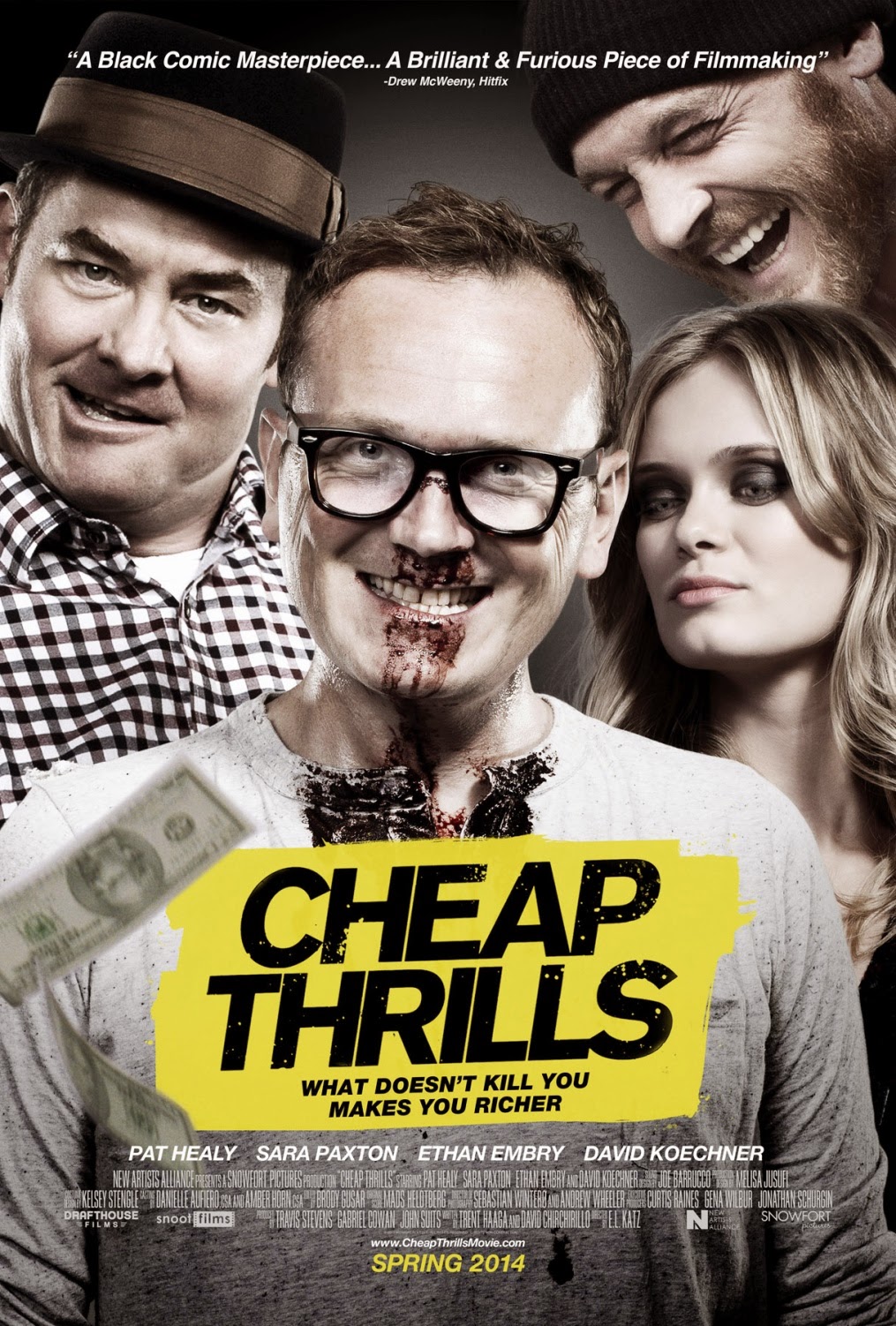 Roughly 95% or more of the films I watch are made outside of U.S soils. On a very rare occasion, a film made here where I live will peak my interest. The 1st 'Merican film to do that for me so far this year is Cheap Thrills, and holy s#!t... did it blow me away. I figured the film would be good, and by good I mean solid... but I had no idea what I was in for apparently.

A man of no luck, Craig [played to perfection by Pat Healy], has just lost his job and found an eviction note taped to the door outside of his apartment. Not feeling 'homebound' that night, he decides to venture out to a bar, where he can mind himself and enjoy the isolation over a cold beer. Just when his sinking gut can sink no more, an old high school buddy, Vince [Ethan Embry], shows up out of the blue. The two haven't spoken in 5 years and well, you guessed it, they're both not doing so well financially. After an hour or so passes, the two meet a rich couple [David Koechner & Sara Paxton], who are willing to through their money at Craig and Vince, if they are willing to provide the two with some cheap thrills. Both money hungry, the two decide to take on their tasks given, but the higher the value, the more twisted the thrill. 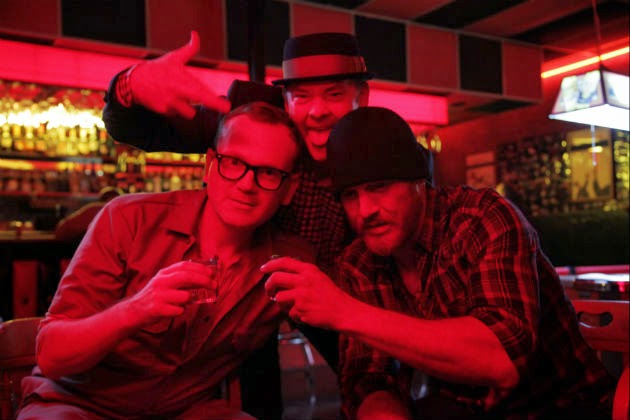 We got to meet the Anchorman guy!

﻿
﻿
Cheap Thrills is so far, and it is early yet, my favorite film of the year. It's been a little over three weeks I think since I have seen it, and it has not left yet, no even in the slightest. My favorite thing about it overall is how believable it is. I've personally been without and been down to the bottom of the barrel, and I too have wondered what I'd do for money. I don't know that'd I'd get anywhere as far as these guys, but the 1st few tasks I could probably swing. All 4 of the lead characters, and I say 4, because it stays with them the whole way through, are flawlessly played by their actors [and actress for Sara]. Pat Healy rocks the whole show by going from this little geeky man, who's just moping along to get by, to being this bat s**t crazy man who does 'whatever' it takes to get his cash. I don't want to spoil anything, but to say that the film goes from being 'haha' funny, to be one of the darkest films I've seen in a very long time. Also, Koechner, I believe, has never done a role like this, but he pulls it off very well. The guy even comes off as intimidating, a word I never though I'd pin to a Dave Koechner character. Embry sells the douchebag musclehead kind of guy very well, and you quickly realize how much he'll shove away to get personal gain, no matter who is affected by it. Lastly, not a lot to say on Paxton, but she gives a brilliant, very internalized performance. You never know what she's thinking, and in a good way.

Okay, enough praising the actors, let's talk about the content, without spoiling too much. This film is genius in how simplistic it is. The plot and idea behind the film is just to watch these two grown men go through the wringer for a little hard cash, well, sometimes a lot of hard cash. And they do so by completing these little tasks given to them by the rich couple, whether it be to be the 1st to down a shot for $50, or to slap someone unsuspecting's ass for $200. Of course, the dares get much crazier than that, but I HATE spoiling things for folks. Let's just say, by the end, you won't believe what they are doing for the green. The film never has a dull moment, and I haven't found myself entertained this thoroughly﻿ in a very long time. 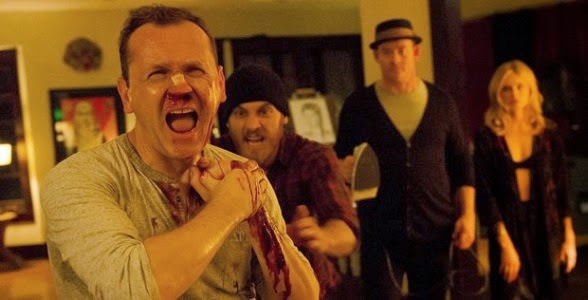 ﻿
Cheap Thrills is a near perfect film. There were I think two moments in total where I was like 'that's an odd way of going about that', but nothing that can really be counted towards, mainly a thing with timing in one scene. The performances are top notch. E.L. Katz is top notch as hell, and this is his 1st flick. The gore, when it is there, is top notch. The pacing. Koechner tugging himself. All top notch! If you are looking for a film that is both funny and dark and twisted, look no further, cause Cheap Thrills is it! A hearty thanks to Drafthouse Films for bringing this out of the gate.