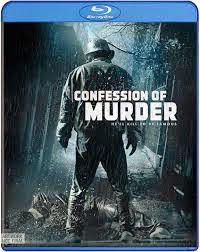 The murder mystery story is not a new one. Hell, it was one that has been told since the dawn of theater in one-way or another and it’s one that truly seems to last the test of time. Now thrillers (particularly of the murder mystery flavor) are a dime a dozen and honestly I end up being picky about them even before I watch making sure it’s not a waste of my time. When Confession of Murder landed in my review queue, it shot up straight to the top. The film, despite some odd tangents of style, is a smart and effective thriller that builds suspense and mystery with an almost inhuman ease as it presents itself as another great South Korean thriller worthy of the trend.

After 17 years, Detective Choi (Jung Jae-young) knows the statue of limitations has allowed a serial killer to go free. A killer who left him scarred emotionally and physically. When a young man (Park Si-hoo) publishes a book called “Confession of Murder” claiming to be the killer from 17 years prior with detailed accounts of each victim, Detective Choi is reluctant to accept it as truth. As he begins to investigate the young author, a larger scheme comes to the surface as he begins to believe that not everything is as it seems to be.

If you spend enough time watching these kinds of films you start to see patterns develop that make the twists and turns of thriller seem obvious from the beginning. I will say that Confession of Murder totally had me guessing throughout the film. Director/writer Jung Byung-gil and company craft a film that truly spins a web of intrigue that had me on the edge of my seat awaiting the next event to occur to add to the mystery. With strong performances from the two leads in the film (including a very charming and utterly subtle performance from Park Si-hoo as the young author) and the director’s ability to car wreck tension into the script, Confession of Murder works amazing as a thriller.

One element of the film that comes off as a little forced though is the action sequences. Don’t get me wrong, I love me a great fucking action set piece. The opening chase through the alleys is borderline brilliant and a high-octane car chase complete with flipping vehicles and car surfing were impressively staged outside of some shifty CGI. I think though that the film might have had more impact without them. The film’s subtext about media spin and ‘celebrity’ status had me hooked enough that I really didn’t need the action to keep my attention. At times it even comes off a bit forced, including the finale, but it works enough to be worth the time on screen. It’s not a huge detriment to the film, but I honestly don’t think most of it was needed.

South Korea is king of the thriller. Confession of Murder is another astoundingly well-crafted film to add to a rather impressive list of films. It’s a tight thriller that keeps the mystery on edge with some clever twists and when the action hits, it hits hard. It’s not perfect as some of the subplots tend to pull away from the seriousness of the concept, but the issues are small potatoes to the awesomeness you have in store for you with the film.