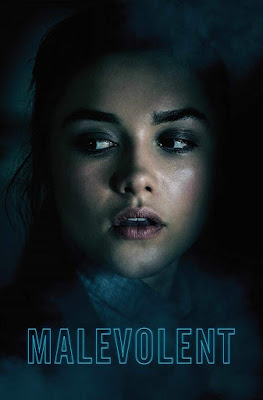 Ghost stories are a dime a dozen in the horror genre, so when Netflix rolled out Malevoent as an original for the Halloween season it was a somewhat overlooked release. No real fanfare or Netflix red carpet, which is the shame of the entire release structure of the streaming giant as things tend to drop and quickly get buried in a thousand other releases. As it turns out, Malevoent is quite the little horror find. Not only does the film take its rather hum drum concept and execute it with a sense of purpose, but it takes a wild turn in the third act that ought to surprise a few fans (like myself) in the process.

The concept of a young team of “fake” paranormal investigators who go into a house only to find their schemes of making a paycheck are going to be messed up by some real ghosts is old hat at this point. Yawn. However, in the case of Malevoent, the film has a strange knack for creating a lot of interest in it. It creates a slew of intriguing characters, hardly original by any means but well executed and heartfelt, and the film’s subtle old school haunted house approach to scares and ghosts is impressive. There are moments where the film leans into an almost 70’s subtle and nuanced tone, less focused on jump scares and more about crafting tension and atmosphere than anything, that betrays its 1980’s setting. The performances and smaller character beats are popping with chemistry and the use of great detailing makes the experience somewhat immersive. More than I was expecting, to say the least.

Naturally, the film takes a fantastic execution and turns it on its head for the third act. It’s not all that unusual to expect the ‘twist’ in a film of this ilk anymore, but the direction that the film goes is somewhat shocking in its own way. To give up more than that is to spoil a big part of why Malevoent is so impressive in the end, so it’s best to leave it at that. Outside of a few predictable subplots that don’t quite get enough attention to add a lot to the narrative and some odd smaller details that didn’t set well with me (why the static screen shots in some of the edits in the second act?,) Malevoent is a great find on Netflix and comes highly recommended. 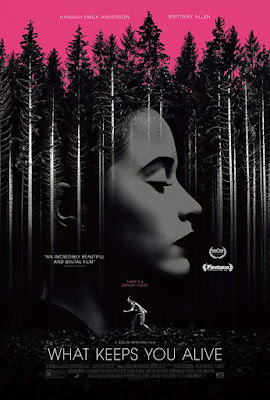 Although I have enjoyed most of Colin Minihan’s films, particularly after having discovered It Stains the Sands Red earlier this year and just how quirky and effective it was, he is a director that I have always associated with a modern style that would not necessarily work as well with a concept like What Keeps You Alive. The idea of a relatively non-gimmicky and traditional psychological thriller in his hands was one that just didn’t feel like it sat well with me. Still, after a few friends sang their praise of What Keeps You Alive, I decided to leap into the film and just give myself over. I’m sure glad I did. Every year I always end up finding a super surprise gem that shakes up my end of year list and this year, this is that film.

Whether it’s the layered and powerful performances from the two leading ladies, who essentially have to anchor the entire film (only spending a bit of time with a couple of other characters for some brief moments,) or the meticulously paced and often dread soaked tension that just continually builds throughout the latter half of the film, What Keeps You Alive impresses all the way around. It’s the epitome of a film that takes a well-worn concept and delivers a fresh feeling film purely on execution, but that’s what makes it so good. When the film does take smaller twists, it is hardly all that surprising, but it was easy to find oneself sucked into the story and characters to still be drawn further down into the plot which uses the limited setting perfectly.

Yet, despite a well crated script, some powerhouse performances, and a great setting, What Keeps You Alive truly feels like a fully realized artistic film by the director. His knack for using space, long takes, and truly unique moments (particularly in the final act) not only makes this one of the best films of the year, but easily the best film of his career. Although I’m sure there are some people that will find the film to be a bit slow or perhaps predictable, the execution of What Keeps You Alive easily uplifts it to a level that is a massive surprise. It’s one of the best of the year and also highly recommended.