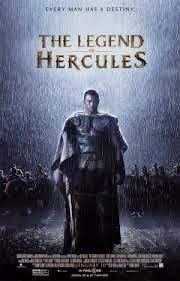 It’s not very often that two theatrically released movies drop about the same subject matter (outside of generic ones like war or a team of mercenaries), but 2014 gave us not one, but two Hercules films. Renny Harlin’s The Legend of Hercules dropped first (beating Brett Ratner’s Hercules by a handful of months or so) and became one of the biggest flops of the year out of the gates. Having just watched the other Hercules flick and having a decent time with it, I decided it was high time to just pull a double header and dive into the terribly reviewed lesser film. Wowza. Even as a fan of bad movies, I had trouble getting through this one. It took me three times in fact. It has some unintentionally entertaining moments here and there, but man, I have to already suggest skipping this one. If that’s all you needed to hear, then feel free to go check out some other reviews on the site right now. If you want to hear why The Legend of Hercules is terrible go ahead and keep reading.

King Amphitryon (Adkins) is kind of an asshole. He’s a vicious king and is generally terrible to those around him. When his wife decides she needs to intervene to bring him down, she makes a deal with Hera to have Zeus’ baby who would, as Greek destiny goes, grow up to kick some butt and take down his step dad. Twenty years later Alcides (Lutz), the son of Zeus, gets a little pissed when his brother steals his girl and his dad decides to send him on a suicide mission. Just like most Greek tragedies, Alcides decides to take the name Hercules and go back and fulfill his destiny.

There are a lot of issues with The Legend of Hercules. Like, a lot a lot. The biggest problem is that it never rises above being a knock off film. The first third is pure C-grade 300 worship, albeit where director Renny Harlin has no idea how to actually use slow motion outside of random moments. The entire film simply looks like a substandard 300 clone too. The editing and flow of the film are chopped to hell with no coherency and the ridiculously buff likes of Scott Adkins and Kellan Lutz seem to be tanned and oiled to the point where I felt a bit uncomfortable. From there the film kicks into a Gladiator knock off having Lutz have to fight his way back home and to freedom, but it lacks any kind of emotional resonance to sell the concept. Oh, and the slow motion remains in all of its awkward glory. The third act then goes a bit more classic sword and sandals with its Robin Hood meets Braveheart mimicry. Again, the dramatic beats are forced and predictable. Yawn. It’s obvious that Harlin and company wanted so desperately to appeal to all facets of the style that they just jammed them all in and hoped something would stick. None of it does.


To be honest, I quite enjoyed Lutz in Java Heat and felt like he might have big action star appeal in many ways (not that Expendables 3 used ANY of it either.) Here, he tries his best to sell the terrible script and poorly structured characters but he lacks the chemistry with Weiss to sell the romantic plot and the action is so focused on style that it doesn’t allow him to really showcase that either. So he sort of woodenly shambles through. The rest of the cast do the exact same thing. Scott Adkins is the only one who seems to understand how a B-movie should work and eats up his villainous role – at times almost coming off as an intentional spoof of Butler’s character in 300, all in the best ways of course.

The Legend of Hercules is a mess of a film. It’s not bad enough to truly be entertainment in that sense with unintentional humor, but it sure as hell isn’t a good movie in any sense of the term. It forces through a patchy script, it’s stitched together on the scraps left behind from the various films that it rips off, and it’s an awkward film in every regard. It only gets its score from a semi-decent fight at the end between Lutz and Adkins. Otherwise it’s a skip film if there ever was one.