With the home release of Legendary’s Godzilla reboot on the horizon, we felt it was high time to build another Blood Brothers top ten list for one of our favorite franchise of all time. Prior to the release of the latest installment (and second American attempt at kick starting a US franchise for Big G), I blasted through all of the Godzilla films in an attempt to relive my youth and refresh my memory. As I went through the films, I ranked each one to create this top ten list. Included with each entry is a brief explanation of why it deserves to make the list and the best Godzilla WTF Moment of the film. I hope that our readers enjoy this list as it was a hard one to finalize for me due to my life long relationship with the King of the Monsters. If you agree or disagree, feel free to spit some blood in the comments section below with your bloody two-cents. Until then, enjoy Blood Brothers’ Top Ten Godzilla Films! Perhaps my favorite era of Godzilla is the 2000s series, where continuity finally seemed to matter, the special effects were top notch, and the series decided to push a few boundaries by moving Godzilla away from being a full on good guy or villain as a character. After the disappointing previous entry, the series returns to one of its other iconic characters with Mechagodzilla for another epic showdown. While the concept of this one is fairly ridiculous, the focus on stronger character depth adds a more humane aspect to the kaiju proceedings…of which the final act is pretty awesome anyway. 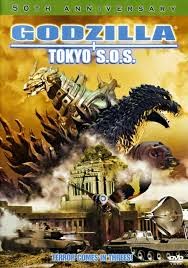 This direct sequel to Godzilla Against Mechagodzilla (and various other Toho films like Mothra) actually improves on many elements of the previous entry as it pulls further from some of the comic book lead characters and adds a bit more drama to the mix. Not to mention it’s always awesome to have Mothra involved again as a hero of sorts. The final act is ridiculously epic and worth the price of purchase alone. 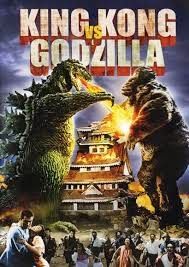 Say what you will about the cheesy elements of King Kong Vs. Godzilla, but this film is a fucking riot from minute one. While I have only seen some shitty versions of the original Japanese cut of the film, even the American version (complete with the most watered down newscaster cut scenes known to man) is a blast to watch. Rarely does this film make sense thanks to some issues with the script and obvious attempts at just being outrageous, but this one has some of the most iconic moments of the series…even if that includes Kong being airlifted by weather balloons while drunk on berry juice. Not to mention you get to see Godzilla punch his way out of an iceberg. 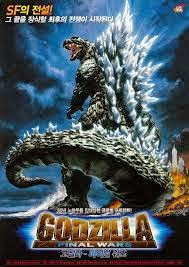 This is easily the most controversial choice from the series to make my top ten list for the Godzilla franchise, but I’ll be damned if I don’t have a blast watching Godzilla: Final Wars time and time again. It throws in everything into the mix. Relentless kaiju battles for the last half, all of the iconic Toho monsters and freak plot progressions, martial arts fight sequences, motorcycle chases, aliens, enemies that morph into different forms, and super cheesy CGI mixed with the rubber suit vs model madness. It’s crazy eclectic, but it succeeds in a B-grade film sort of way to be so entertaining that it rarely pulls off of the gas pedal. For that, it ends up being one of my favorites and one of the most interesting entries into this franchise.

AKA INVASION OF ASTRO MONSTER 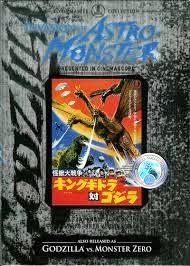 I love the look and arch-nemesis status of Ghidorah from the original series, but too often he was thrown in with not enough back story or as a filler enemy in later entries. For his debut though, Ghidorah is treated as a truly vicious and world ending threat for humanity and thusly, kaiju all over. This film also succeeds in its structure as we see other iconic monsters (Rodan and Mothra) having to team together to defeat this latest threat in the final act. It’s almost like the film plays out as a morality tale about putting aside differences for the betterment of our world and despite its somewhat silly ‘alien’ plot thread, works impressively as a science fiction tale. 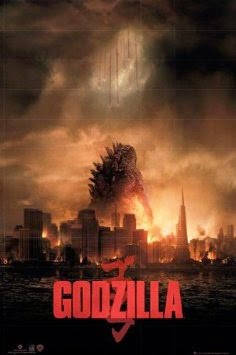 While the reviews originally came out mixed for this newest slab of kaiju destruction at the hands of Big G, I loved it. It teases with the audience and really brings Godzilla bravely into a modern era, throwing in just enough references to previous entries for the fans and adding in some new material for the young folks unfamiliar with the franchise. While it’s the only full CGI Godzilla flick to make this list, director Edwards knows how to shoot an action sequence with kaiju for this day and age and the film has one of the best fights in the last act. Critics can bitch about all the writing issues they want, but I'm guessing that they haven't seen many of the other films to see how it fits into the franchise. I'm guess none of them really remember the horrid Godzilla Vs. Megalon. 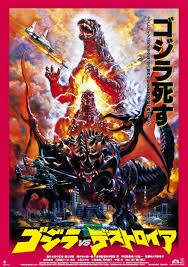 For this entry, the series takes a darker and almost Lovecraftian turn. Destroyah might be one of Godzilla’s most vicious foes as he shifts and splits into various forms as unrelenting ass kicking. Not only that, but Godzilla is threatening to go all nuclear meltdown on us (giving him a smoky orange glow) and his now grown son – a story thread from the last few – is going to have to help him take out the new monster. The stakes are super high, the human element is one marked with panic, and the top notch costuming make this one a must see. This is one of the few Godzilla entries that even has a bit of a horror streak to it. 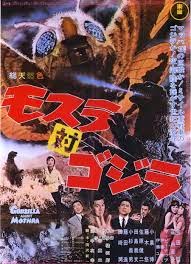 I’m not entirely sold on the original Godzilla series that lasted through the 70s, as one can see from this list, as that series focused more on making Godzilla a protector of Earth and heavily focused on science fiction aspects, but pitting Big G versus the ‘real’ protector of nature Mothra was an awesome idea. Mothra might have some hard to swallow fantasy aspects to it, but the resulting multi-tiered battles in the film make this one instantly memorable and well balanced with a human stance that would quickly get lost in the shuffle in later entries. It can be a bit cheesy, but the resulting mix of thematic moral lessons and kaiju throwdowns is worth it. 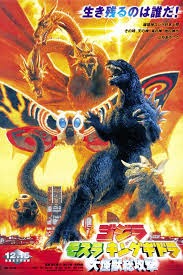 Coming off strong from his 90s trilogy of Gamera films, director Shusuke Kaneko takes his entry into the Godzilla franchise in wholly new directions. For Godzilla, Mothra and King Ghidorah: Giant Monsters All-Out Attack (often shortened to GMK,) he establishes Godzilla as the ultimate bad guy – powered by the ghosts of those killed in WWII nonetheless – and humanity must awaken the three protectors of Earth to stop him from annihilating all of Japan. This entry is substantially darker, more violent, and heavier than almost any of the previous entries as Godzilla is fucking ruthless (pure white eyes and all) to the point that you’re not sure who will win at the end. [Spoiler] Particularly when Godzilla fucking executes Baragon at the mid waypoint. Nothing is safe in this film and the resulting flick is awesome kaiju ecstasy through and through. 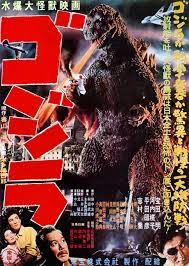 The obvious choice for the best Godzilla film to be made thus far, the original Godzilla still reigns supreme as king of the monsters. With remarkably little screen time to actually destroy things, Godzilla remains a heavy presence through the strong character actions and interactions as the symbolism of Japan’s fear about the aftermath of the nuclear destruction in WWII. Godzilla is less of a monster and more of a symbol in this film and it works in spades to deliver a thoughtful film that parallels reality with a giant monster film onscreen. It also has a very memorable city destruction sequence for those looking for some kaiju action.

Agree or disagree with this list? Spit some blood below and let us know which films you think should have made the Top Ten Godzilla Films list!

Written By Matt Reifschneider
Posted by DarkReif at 5:04 PM