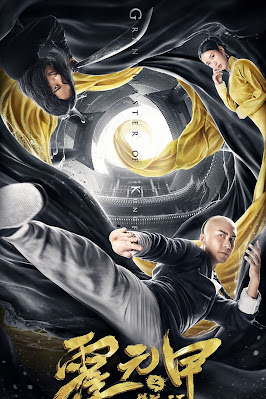 For martial arts actors, there are a few roles that one can snatch which immediately put them on the map. Most of them are folk heroes of the past, but when Dennis To snagged a role as a “young” Ip Man, he went to A-tier for the fans - even if that film was one of the first Ipsploitation films. Not only did he succeed in that role for the film Ip Man: The Legend Is Born, but he has also returned to the role multiple times and continually found and grew his fan base.

Thus, a few years ago when Dennis To leaped into another key folk hero role as Huo Yuanjia for the film The Grandmaster of Kung Fu, it was easy to feel pretty excited about the prospect. Unfortunately, the film - which was initially released as a streaming exclusive in China - did not receive a US release until 2022 via the Hi-Yah streaming service and through our friends at Well Go USA.

Yet, here we are, The Grandmaster of Kung Fu has finally dropped. While the film suffers from some of the usual issues of modern streaming films, it’s also surprisingly solid and entertaining in how it goes about telling a story that any self-respecting kung fu fan has seen 2000 times. It’s action-packed, tight in its storytelling, and features a handful of great screen performances.

The Grandmaster of Kung Fu is hardly new ground to be broken and, if one wants, you can find a half dozen Huo Yuanjia films from the last 5 years or so on Hi-Yah. And beyond that, you can find a half dozen films about Chen Zhen, a character that does appear in this film and follows the same plotting. Yes, this film is about the Japanese occupation of China and yes, it features a rival Japanese school that provokes the other school masters into a “tournament” where the Chinese must stand up against the oppressive Japanese force.


At this point, that kind of plot is one of the cornerstones of kung fu cinema and The Grandmaster of Kung Fu has no qualms in following the blueprint in full. It’s somewhat carried by some decent performances with Dennis To really taking the bulk of the film’s emotional core. However, the film rushes through his romantic subplot with his wife which works on a relatively thin level. Still, the film hammers home all the basic secondary characters. There is the rival master aspect, the head-strong student which just so happens to be Chen Zhen, and the various levels of villains and henchmen. 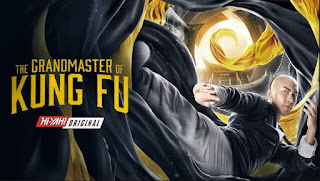 While director Cheng Siyu does admirable shoot the film when considering its lower budget and a limited number of sets, a skill he has honed in his career working in the direct-to-streaming video world, what he does best though is delivering some fun and highly entertaining fight work. It’s nothing all that spectacular, but the manner that the fights delivered - through pacing, choreography, and surprisingly emotional moments - they are delivering on the one thing that kung fu fans are going to ask for. It’s admirable, there’s a lot of fun to be had in the blend of shapes, wirework, and traditional fighting. Not to mention, there is a fantastic sword fight sequence in the third act that pops nicely.

The Grandmaster of Kung Fu is not rewriting history (well, that phrase is probably a little poorly used here considering the status of Huo Yuanjia) nor is it reinventing the wheel of kung fu flicks. Yet, for a film that runs 70+ minutes and was made directly for a streaming service - it is shockingly fun, efficient, and effective. I’m sure once the film catches wind for some folks, they’ll complain about how close it resembles so many other Huo Yuanjia/Chen Zhen flicks, but with tempered expectations, it’s a very watchable film.

Now I’m ready for Dennis To to leap into the role of Chen Zhen or Wong Fei Hung. Who’s with me?