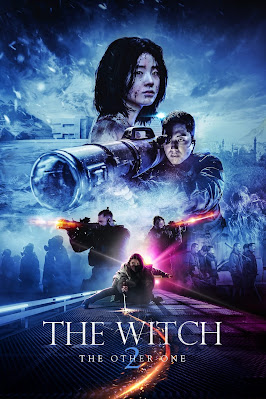 As superhero movies continue to seemingly grow and grow - with no limit in sight for the time being, the story formula has been spreading beyond the Hollywood system into so many other markets. 2020’s The Witch: Subversion (also known as The Witch Part 1: Subversion) ably played on that idea by taking its family drama story and whipping it towards the superhero origin story in its final act.

The Witch 2: The Other One, which features a subtitle that might have been attached to Airplane 3, picks up where the first film left off in genre and expands the world tenfold while trying to adhere to the elements that made the first one such a rousing success. The balance ends up not being as punchy in its blend as its predecessor, but it is entertaining as hell and it leans into its Hollywood-esque superhero elements. It’s a brew that packs a lot of flavors but isn’t nearly as filling.

One of my biggest issues with the original The Witch is that its third act is so good that it leaves its audience hanging with their jaws scraping the dust off the floor. As the title would indicate though, The Other One is not continuing the story of Ja-yoon. It’s “The Other One” and director/writer Park Joon-hung introduces viewers to another ‘witch,’ who is presented with no name and played with the energy of a deer-in-the-headlights confusion by Shin Sia.

It’s a choice that makes the first film feel like it’s practically forgotten until it isn’t, and it proceeds to follow this new character as she, unshockingly, discovers the powerful telekinetic powers that make her stronger, faster, and more violent than the film’s many, many antagonists. We already had one origin story for the world in its predecessor, so it’s a somewhat perplexing choice that Park would decide to make the sequel another origin story.


In this unraveling of Unnamed Girl’s story, she is taken in by a sister and brother whose family has run afoul of a local gangster. Naturally, the fish-out-of-water hijinx pop up as she learns how to live outside of the facility she escaped in the beginning. As much as I am also entranced and delighted by sample servers in a grocery store, The Other One isn’t as interested in digging as much into the character study and familial relationships that drive the emotional core of the story in this one. It’s running through the motions in these sequences, carried easily by the strong performances - particularly from Seo Eun-soo as the sister desperately trying to keep her family and the farm from falling into the hands of the arrogant gangster and his army of goons.

Like so many superhero films that Hollywood is vomiting out ad nauseam currently, The Other One has some heart - but it is the spectacle that is driving the momentum for this one, which is, unfortunately, also plagued by an abundance of hyper-kinetic editing that makes it feel intense but incredibly messy. Yet, despite its overreliance on Hollywood superhero moments, the action is surprisingly gory and fun and only gets more intense once the final showdown happens at the farm in the third act.

It is in this finale of superhuman strength and speed that’s belted upon other superhumans, all set to a fun backdrop of colorful fireworks, that the biggest draw (and perhaps the largest missed opportunity) of The Witch 2 becomes fully apparent. As the old saying goes, a hero is only as good as their villain and this film is chock full of ‘em. Two separate squads are tasked with hunting down the main protagonist and the lead-up to the two teams of villains, one that is fun and entertaining in their chemistry and banter and the second squad of super-bads. The build-up to their eventual crossing of paths is solid, but the latter group of masked baddies doesn’t quite get the build that one would hope for the slaughter that appears in the third act. 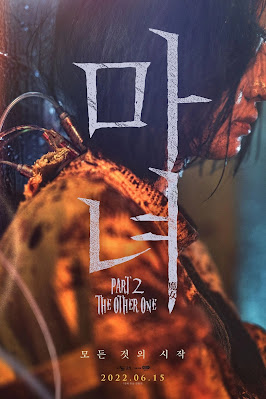 It makes for an entertaining concept, but it becomes apparent that the baddies are meant to be their own fodder for the hero to overcome and the film doesn’t quite feed into the idea of her learning to overcome each one and their specific gimmicks. The tension never quite hits. She just has to do her thing and everything kind of falls into place.

For fans of the first one, don’t worry - the film does eventually shift its story to fit within a much larger narrative that is teased from the opening scene. It doesn’t really fall into place until the final minutes of the film and, no spoilers, it does totally feed into a third film. However, with two origin stories to build up two seemingly unstoppable characters, there’s a lot riding on any future sequel to actually finish off a story for two films.

The Witch 2: The Other One is most certainly entertaining and features some incredible moments of artistry within its superhero-inspired spectacle-driven formula. The opening scene is horrific, the performances are impressively layered, and the finale is a brutal bash fest that reminds us of how inconsequential the violence in the Marvel Cinematic Universe feels. Unfortunately, the film’s over-reliance on tropes and having far too much material in its script for its elongated run time. It feels rushed in trying to introduce dozens of new characters in an effort to expand the world setting.

In the end, it is a sequel in almost every meaning. The Witch 2 is more, more, more, but ultimately less effective.