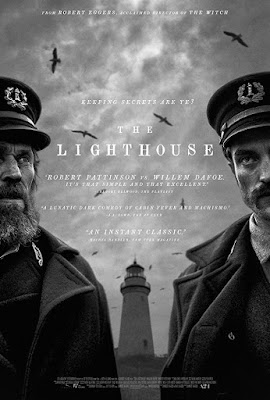 There is a certain temptation whenever one sees New England, the late 1800s, and tentacles in a horror movie trailer to assume it’s a Lovecraftian horror. It’s a tendency that makes a certain kind of sense when you have a surface level understanding of HP Lovecraft’s themes. Weird mysteries, madness and aquatic terror. After reading one of his works, let’s take Call of Cthulhu as an example which is a fascinating experience the first time, you realize that the titular creature is barely a factor in the story and the ultimate point was that a ship ramming it at full speed (the era’s equivalent to a nuclear bomb, mind you) wasn’t even enough to warrant the creature’s attention. It drives the narrator mad. That is not the kind of tale Eggers is telling in his follow-up to The Witch. I actually found the story, such as it is, much more Kafkaesque with a healthy portion of David Lynch and modeled on a fisherman’s tale in the way Witch was a dark fairy tale. To extend my comparison to its breaking point, Lovecraft stories tended to be about normal people in impossible, existential crisis, often learning that humanity might not be the biggest baddest thing on the planet, and that our planet is likely insignificant altogether. Kafka’s stories were about ordinary people in extraordinarily mundane situations that almost felt like a cruel punishment, often for no reason or at least inequivalent reasons, and that is more how The Lighthouse feels. The more that is shown the less the film makes sense, which is glorious within the film’s nightmare logic.

Pattinson plays Ephraim Winslow, a man who’s just accepted a four-week post at an obscure middle of nowhere lighthouse where he meets Willem Dafoe’s Thomas Wake, the gaseous long-time keeper. Winslow is immediately given a list of grunt tasks, none of which includes tending the light itself. Much to Winslow’s dismay, Wake makes it clear that the light is his and his alone. Within his first hour on the island, he finds a small mermaid charm left behind, presumably, by the previous assistant and begins to dream of merfolk and sirens. There is also a seagull that is both the comic relief and the most horrible creature in the whole film. That’s more or less it as much as the plot goes, as this movie decides to spend its time focusing on the effects of isolation on the psyche. The whole film is told from Ephraim’s perspective, which gives a fascinating look at Thomas’ character oscillating wildly between a ribald genial drunk and a cruel torturous jackass of a taskmaster. Juxtaposed with Ephraim’s quiet, contemplative, dark and moody nature, there is the constant question of if or when these disparate strong personalities are going to come to a head. It feels entirely real that nearly scene by scene they go from borderline intimate friends, singing and dancing and carrying on, to angry yelling about the state of the floor and whether it was or was not properly scrubbed. And you truly don’t know which it’s going to be until a given scene hits its momentum.

Right off the top, the acting holds this film together wonderfully. Dafoe is expectedly great but more surprising is Pattinson. Not because he was the vampire kid in Twilight… he wasn’t bad in that role to begin with and has earnestly worked the indie circuit to let his true talents shine anyway. No, Pattinson’s turn is surprising because he actually goes toe to toe with, and keeps up with, Dafoe at a full 10. The accents and the language used, much like The Witch are practically set dressing unto themselves and I found it constantly entertaining, especially as Winslow gets more frustrated and starts raging in his proto-Boston accent. It’s really quite something. The effects work is infrequent but quite astonishing in its own right and there are images in this movie burned into my soul. I truly believe I will always be haunted by at least one of them that has frequently sprung to mind since seeing the movie.

The theming of this film is exceptionally on point as well, expressing loneliness, guilt, the dynamics of power, especially as it, pertains to exiles from normal society. Rage and sexual desire are also explored in ways that is tonally consistent, and the art design keeps it firmly in the realm of a seafaring tale, despite the solitary location.

Now, while I personally have nothing ill to say about The Lighthouse and I feel it will be considered a surrealist masterwork when more people see it, I can understand a less optimistic view as well. I rarely think of film in this way, because I truly believe that ‘gatekeeping’ social circles are awful (and the intent is better served by offering to educate or just plainly letting people enjoy or not enjoy things without justification), but this is not an entry-level film. Robert Eggers is a man who understands the language of cinema, and there is no hand-holding here, you either understand the intricacies of the sound design and editing or you just don’t. More than that, I earlier described this film as being Lynch-like and here is why: David Lynch, for the grand majority of his working life, has made films that are more effective emotionally than narratively. His words. The Lighthouse is definitely fishing that same pond and Eggers seems adept at handling it. This is definitely not going to be making hundreds of millions of dollars and there is nothing wrong with that. I loathe the term ‘elevated horror,’ but there’s a reason it’s been applied to both of Eggers’ movies so far, and I predict far into the future as well.

All that said though, if the most negative thought I have towards this film is how hard it would be for a broad audience to appreciate, then in a way that is the review. For me, personally, I could rant non-stop about the things I liked about it until the seagulls come home and still feel that I’m not lauding it enough. Even if it’s not your kind of film, it’s worth the price of admission for what should certainly be a pair of Oscar-nominated performances alone. And maybe for that cheeky seagull as well.