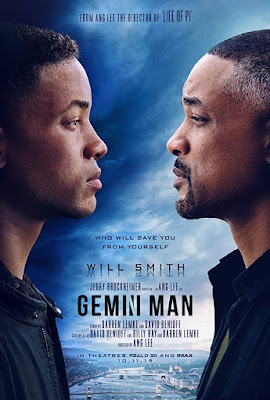 There are a couple of angles from which to view Gemini Man. As a film, obviously, but also as a technological feat. An average film is shot in, and subsequently released in, 24 – 29 frames per second, with television being shot on video, traditionally, at closer to 60 frames per second. There are both technical and budgetary reasons for this, but that’s beside the point I’m driving at. The point is that this is why soap operas have that “soap opera look” or why motion smoothing on your TV makes movies looks weird (motion smoothing effectively doubles the frame rate of whatever you’re watching), you’re literally seeing twice as much visual information per second. However, what’s interesting is that these numbers are arbitrary. There were technical reasons at some point in history, for all of this of course, that we consider the ‘look’ of a film is 24 frames per second. It’s now ingrained at a near “cultural memory” level. Recently, there is a group of filmmakers that really focused in on where the numbers were technically arbitrary and have been pushing ultra-high frame rates. Peter Jackson’s Hobbit trilogy was shot in 48fps, for a notable example. Gemini Man is shot at 120 frames per second.

That is a lot of preamble to explain why there aren’t even really words to describe how this movie looks. I was able to see this movie at one of the under 20 theaters in the US airing it near what’s intended (and having no intention of flying to Europe or Asia to see it full blast), and I will say it was a sight to behold.  Now, others’ mileage may vary since almost by definition you’re either going to like the look of ultra-high frame rates, or you won’t. To me, it most closely resembled looking through a window at something happening in the street in front of you. The screen became less of a screen and more a portal to a living diorama. This is a cooler effect in some parts than others and it does have the occasional effect of making you feel like you’re watching b-roll footage captured for special features, especially during explosions. But when the effect really hits, basically any time there’s water or fire on the screen, it’s quite breathtaking. I literally heard gasps all around my theater the first time Will Smith pulls his phone out and you see the display on screen. You wouldn’t think that would be jaw-dropping, but it actually is. Unfortunately, we are going to have to talk about the movie itself here, and that’s where the whole experience suffers.

The greatest soldier of all time is cloned without his knowledge by an unscrupulous former commanding officer hoping to create a better soldier. One with all of the skills and inborn talent, but none of the emotional trauma and divergent ethics… but enough about Hideo Kojima’s Metal Gear saga, let’s talk about Gemini Man. After a hit almost goes wrong, US operative Henry Brogan decides to retire, prompting his former commanding officer and current head of Gemini, a black ops unit, to send his secret weapon Junior after Henry, because… reasons. Between the snarky joke leading this paragraph, and that more earnest second part, I really have conveyed the whole of this plot. That’s not inherently a bad thing, I think I could summarize Mad Max: Fury Road in half the word count and that’s one of the best movies ever made. In this case, however, saying that the film drags would be a kind way to put it. Ang Lee does have his trademark focus on the human element even within the typically mindless 90s action genre which would, again, typically be a good thing if any of these characters or their relationships were even a little likable or believable. Winstead and Smith have no chemistry, Smith has almost less so with himself as Junior, and Clive Owen is the only person here who seems to be aware he’s in a ridiculous action movie. There are things to like in the plot, but I’m really digging for them. Most notably, to me, is the fact that the opening hit is successful, but Brogan realizes his shot was an inch low and he’s not far from making a terrible mistake (like killing a civilian). It’s just refreshing to see this type of character call it before that kind of thing happens. There’s also a pretty cool motorcycle chase. One brief moment to mention the de-aging, this film’s other technological feat; It looks scary good in some lighting and definitely hits the uncanny valley in others, and I found the effect deeply exasperated by the high frame rate. To the film’s minor credit, when it does work it’s pretty cool.

All that said and for all of its technology, this movie is a 90s action film in literally every sense of the term (down to the screenplay having been written in 1997).  And that’s reflected in a few ways, not the least of which being the logical inconsistencies of the plot and the flagrant disregard of both physics and functional mechanical reality. A brief litmus test for you: someone throws a frag grenade at Henry and he shoots it in the air ricocheting it back at the thrower. Do you find that idea dumb or awesome? That’s your test.

This is the kind of movie that would’ve thrived on TBS as background entertainment if it had come out in the 80s. Unfortunately, it came out a week ago, and set itself up to be remembered as a moderately cool tech demo at best for a technology that’s not really “there” yet.