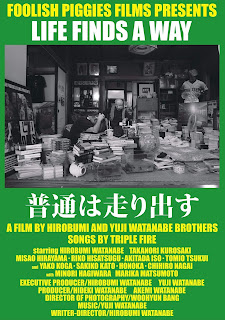 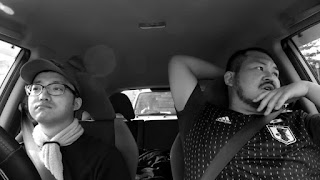 The plot is that Hirobumi is working on writing the script for his next film, a project built around the band Triple Fire's music, which he seems to lack the creative juices to really get the ball rolling on. Thus we see these aforementioned daily activities being lived out by an artist that struggles with massive writer's block, something that many can relate to. As the film carries on, we see the unraveling at the very core of what Hirobumi Watanabe strives to be as a filmmaker and a contributor to the arts. It is very profound, deeply moving and highly thought provoking as the tension built peaks at a key moment that ascends into the realms of experimental avant-garde cinema, taking on a truly unique shape that brings everything together in a way that only a filmmaker like Watanabe could do.

Another highlight is the brilliant "interview" sections that play out later in the film, but I won't delve into details for fear of spoiling anything, but I must say that particular segment may be my personal favorite chunk of the overall experience as it reflects beautifully on cinema as a whole and perhaps more importantly and relevant to the subject, the current state of Japanese film culture. Also, Watanabe's beautiful grandmother gives the best answers might I add. The use of real people from Watanabe's life and other actors and actresses to fill remaining roles makes for the perfect hybrid of reality and fiction that lends itself to the overall meta approach. I also really enjoy the fact that Triple Fire quite brilliantly wrote the songs that accompany the narrative here instead of visa versa. 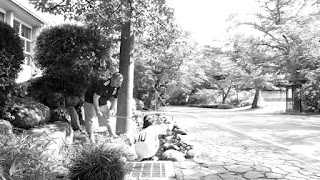 In the end, Life Finds a Way has completely surpassed my expectations and blown me away in ways I never anticipated. A very inspiring piece of work as someone who, not to delve too personally, strives to be a filmmaker one day myself, really resonated deeply within me and I see the same applying to several others who hopefully have the great pleasure of viewing this beautiful piece of art themselves or whom perhaps already have. I cannot recommend this film strongly enough. Once more, Hirobumi Watanabe has crafted another fantastic work that is sure to pop up in my own best of the year list again. He most certainly hasn't gotten too comfortable in his own output I can confidently say.