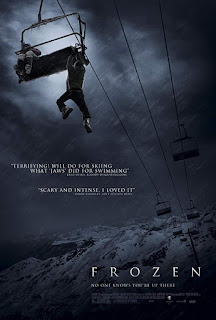 Making the choice for Frozen for this slot is already one that is probably going to get our readers in a tizzy. The fact of the matter remains, no matter how much I thoroughly enjoy his Hatchet entries (even the third film which he did not direct,) that Frozen is where Adam Green showed just how capable he was as a director. It’s a film where the premise could have easily swallowed the rest of the film, but Green has such a delicate hand with the increasing tension and grounded realism of the characters and their reactions that the film works in amazing ways. Horror is always great if it can make its audience throw themselves into a mindset of ‘what if that was me?’ and Frozen nails it. The atmosphere is cold and heavy, the performances are strong all around, and the dramatic tension works in surprising ways. Frozen easily makes my pick for ‘The Good.’ 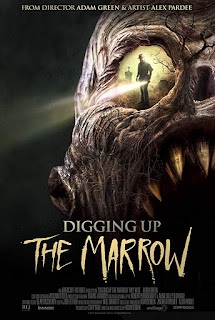 If Frozen is a film where it ably navigates the pitfalls of a gimmicky concept, Digging Up the Marrow is a film where it trips and falls into the gimmick headfirst. It’s not that the idea isn’t intriguing, where Adam Green plays himself in a strange meta-commentary about fandom and the true-life inspirations of horror, but Digging Up the Marrow digs into it so wildly that the cohesive features of its better elements fall to the wayside. For a found footage flick, there are things to enjoy including a fun performance by Wise and some fun Nightbreed inspired plot pieces, but there is a sense that this film was not as well executed or thought out as it might have been before being put together. There are lots of people that love this film out there and I stand by their opinion to love this film, it’s just one that did not work for me. 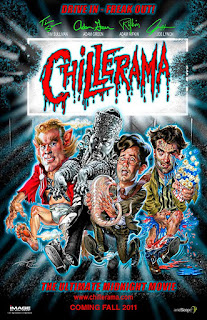 
If you want to call the choice for Chillerama in my ‘weird’ section a cop-out, I will accept that. It’s an anthology film where Green only directed one of the segments. I guess my argument is that, yes, he only directed one, but it’s a damn good segment and he was also a producer on the film so that counts for something, right? Either way, his segment, “The Diary of Anne Frankenstein” is a fantastic send-up of classic horror and it fits in impressively with the rest of this truly weird homage to drive-in films. The jokes are punchy and effective, the style is all there, and it’s easy to see how much fun everyone is having in this portion of the film. 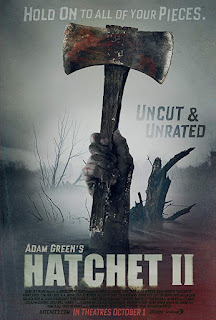 
This was perhaps the hardest section for me to chose a film for because, well, it was a toss up between the original Hatchet, Green’s Hitchcockian dramatic thriller Spiral, and this film, Hatchet II. Although I would make the argument that the other two choices are better films overall, I have a real soft spot for this film sequel to the Victory Crowley slasher series. Many of the carried over jokes are still funny, the increased silliness is a lot of fun, and they even throw a fantastic reference to one of the other great slasher comedies, Behind the Mask. Not one of his best, but Hatchet II remains one that I personally enjoy.

Posted by DarkReif
Email ThisBlogThis!Share to TwitterShare to FacebookShare to Pinterest
Labels: Adam Green, Comedy, Hatchet, Horror, The Good The Bad The Weird The Wild