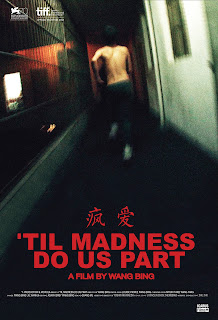 Yunnan, located in the Southwestern region of China, is home to a large multi story complex that is the infrastructure of a mental institution, where we focus on just one of what appears to be many floors. Here, the many tenants seem to follow no law nor is there any sort of authoritative happenings going on in order to help guide these residents about on their daily livings. Instead, these poor souls are just set loose within the confines of the building, well the floor in which they reside, and are free to roam wherever and do whatever they see fit. Chaos runs amuck here, and Wang Bing's relentless following camera captures the sad reality of a system that cares not of its own subjects.

Til Madness do Us Part is a work that left me completely speechless when the credits finally began rolling after four heartbreaking and infuriating hours. I was set to do reviews spanning numerous works of Wang's, but after sitting through them, and this one in particular, I found myself exhausted and at a severe loss for words. His filmmaking and the realities in which he reveals in such a staggeringly raw manner, admittedly make it really hard to just start speaking about them afterwards. 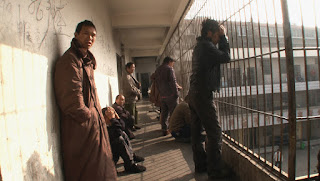 Throughout this four hour observation, we see that the mental illnesses and brain capacities vary greatly between all of those that inhabit the building. Some of the men here only have social functioning issues or anger problems. Even they share the same space as some whom have been incarcerated for murder or rape and some who practically can't function on their own as a human being. There is more than one person's name that pops up on the screen as "Name: Unknown". People that have been picked up like a stray dog lost in the wrong neighborhood and dropped off at the local shelter, only to be forgotten about in the end.

In terms of where it stands amongst Wang's other works, it is most certainly one of the very best. A harsh truth about a governmental facility that lacks any sort of professional development and runs purely on the self sustained chaos that organically lives within. In fact, in such a place as poorly managed as that, it's a wonder anyone works there that "tries" to take care of the people within. 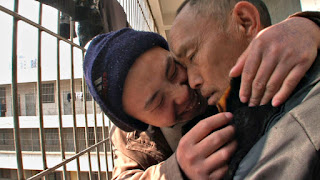 My few words can't even begin to do this piece of art the proper justice that it deserves. Yet again it is another extremely important and powerful film from Wang Bing that not only shows that he is a master of the medium, but demands you seek out research on the subjects at hand. There were so many memorable people showcased here and you soon won't forget the unbelievable experience of what Til Madness do Us Part has to show you and the brutally real cry for help that is delivers. This needs to be seen. An absolutely stunning eye opener.