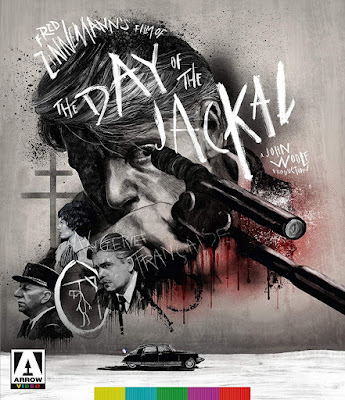 While I have not read the novel that it was based on, it’s very apparent when watching The Day of the Jackal that it is, indeed, based on one. The structure of the film is robust and dense, featuring a slew of various characters revolving around the ‘protagonist’ of the film, the titular Jackal played by Edward Fox. In a way, the ambitiousness of the film’s plot, which focuses on a political group that hires the hitman to assassinate the President of France in a bid to start a political coup, is respectable. Director Fred Zinnemann navigates most of the pitfalls of the style with a sense of purpose. Using the film’s villain as a protagonist to drive the narrative is an inspired choice (one that was most recently used in the blockbuster Avengers: Infinity War) and it allows the swirling action of the investigation around him to feel both chaotic and tense as it comes closer and closer to grappling with the well prepared and cold hearted hitman.

The film struggles at times to keep its momentum, feeling a bit padded in the first half which can be problematic for a film that runs an overzealous 140+ minutes. It introduces quite a few characters in ways that would indicate their role is much larger than it is, including that of a woman assigned to infiltrate the upper echelon of political planning which acts as a prime example, and yet the film doesn’t even introduce the main detective that will help drive the narrative with the Jackal until about 45 minutes into the film. There is a sense that, for all of its realism in the process of investigating and thwarting a political assassination, the film could have been trimmed more or slightly rearranged to be slightly more consumable and cinematic in its structure. Even with that, the execution is strong enough that it’s more of a minor issue than one that could have potentially derailed the entire film.

The Day of the Jackal does sport some fantastic executions to get its story off of the ground. While the director spends a lot of the film filling in the sequences of the plot with realism as the focus and nuanced detailing that is meant to create tension and mystery for the audience to get wrapped up in, the film is, more or less, carried by some phenomenal performances. In particular, Fox completely owns the role as the Jackal. His ability to be completely charming, intensely focused, and yet weirdly frightening all within the span of one sequence changes how this film works. The script does itself a benefit by not overexplaining details or motives for him and it makes him enigmatic. His screen presence is balanced out by the rather un-charming Michel Lonsdale in the role of the lead detective meant to be his counterbalance. The film is cast and performance this way to create a sense of balance and it works wonders. To further it all, every secondary role is played and performed as if it was the best role of the film and it creates that sense of realism that The Day of the Jackal focuses on. The chemistry (and intentional lack thereof) creates dynamics, the action sequences are crisp and intense in their brevity, and the winding narrative makes the film feel quite like it’s based on a true story. In a way, even when it seems to be plodding along, it’s intentional and that deserves some respect.

The new release of the film, again through Arrow Video, is another classic to add to the list of great cinema they continue to release. While they are mostly known for focus on cult classics, The Day of the Jackal is a bona fide piece of cinematic history that all cinephiles can appreciate. Although the film doesn’t contain a lot of new supplemental material, not to the extent that Arrow can be known for, what is there is quite interesting and fans will appreciate it. A new interview with Neil Sinyard is a worthy addition that adds some nice context and, while I haven’t had the time to actually dig into this next feature, the original screenplay is included on the disc which certainly perks my interest for such a unique approach to a film’s narrative.

Although The Day of the Jackal might have been more fitting in the Arrow Academy line of the label, this latest release of the film is worth the purchase. The film itself is a fascinating and complex watch, using the dense narrative and impressive performances to create a sense of realism that lifts it above the genre tones and tropes it might have otherwise invested itself in. All fans of cinema should give the film a gander for its strengths and, although I don’t necessarily think it’s the perfect film that so many do, it’s a film that deserves the utmost respect for its accomplishments. 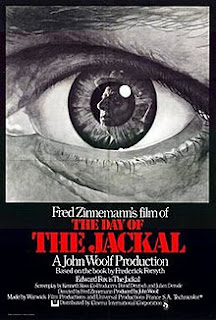