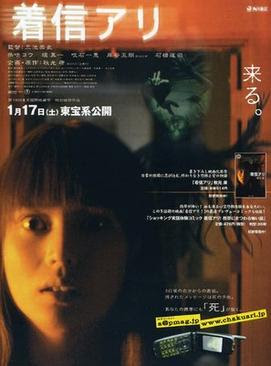 The scary ghost sequences are subtle and squeamish, the strange bits of humor fit in with the dense atmosphere oddly well, and the commentary that’s provided – particularly in the second act segment where a girl “cursed” by the phone call is put on live TV to see if she dies, is pleasantly thoughtful and well-executed. In fact, even when the film divulges into a more generic and predictable territory in the third act, Miike doesn’t hesitate to throw in a few curve balls just to keep his audience on their toes. With strong performances, a tense sense of dread, and some well-executed scares – One Missed Call remains a highlight of the era. If you want a slightly more in-depth review, check out my full review over at this LINK. 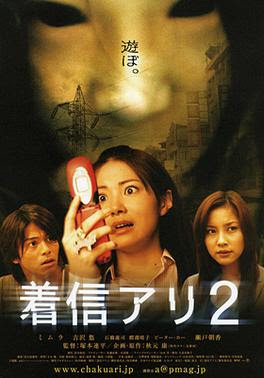 After the success of the original One Missed Call, it was a natural progression that there would be a sequel. The question remained, could you really make a thoughtful sequel to the original without compromising its integrity? Of course, the answer that’s provided by One Missed Call 2 is a mixed bag, where the film succeeds in making a decent follow up that takes the series in some intriguing new directions but it is also a film that significantly misses the assured hand of Miike as a director.

As with many sequels to “solve the mystery of the ghost” narratives, One Missed Call 2 proceeds to examine the history of the ghost by going further back into the past to drive the narrative and plot forward. Although the film falls prey to its own contrivances while investigating another round of historical set pieces, thankfully embedded with some depth thanks to a mining backstory that adds a few layers, the film also adds just enough new flavors to be interesting while going about it. The set-up is relatively similar to the mysterious phone calls beginning again in Japan, marked with that incredibly creepy ringtone, and the police who investigated the first round find that the motives and details of the deaths have changed. No longer is there a red candy in the mouth of the deceased, but a particular kind of coal residue in the lungs. This leads our set of protagonists, complete with partial love interests in tow, over to Taiwan where the same kind of phone deaths are happening. Yadda yadda yadda, will they solve the mystery in time to save lives?

As mentioned, while this particular plotting does not have near the commentary about technology or media reaction to mysterious deaths that the original film uses to punctuate its formula, there is a sense that the film is trying to add just enough to make things interesting. The mining backstory reveal and location change to Taiwan is a welcome change in look and tone for the film, but One Missed Call 2 lacks that incredible sense of dread-soaked intentionality with an artful gleam the original had. It feels like a sequel and the repeated use of footage from One Missed Call solidifies that fact. As the film progresses it tends to lose a lot of steam as it starts moving through the motions of its plot, but a strong and vaguely artsy finale does give it a final push that makes it a decent follow up. One Missed Call 2 might feel more pedestrian than its predecessor in almost every level, but the results are still strong and interesting enough that it comes off as a worthy, if not slightly lesser, follow up. 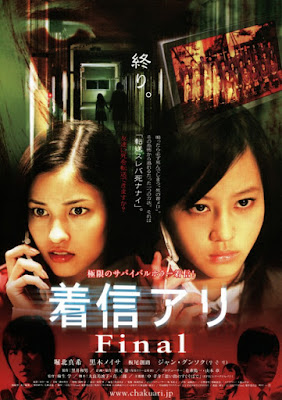 The final film in the One Missed Call series, at least if one doesn’t count the god-awful American remake, is aptly titled, Final. Quite frankly, don’t expect the film to live up to the tonality that a subtitle like that would ever indicate as this third entry feels just like that – a third entry into a longer running series. This time around, Mimiko and her accursed cell phone call follows a high school class on their trip to South Korea. Hey, if Mimiko the killer kid ghost could make it to Taiwan in the last film, why not Korea?

Surprisingly, the concept of the film, despite a surface level pandering towards a teen audience with its characters on a school trip, might be the best part. While the plot is relatively formulaic, where the killer phone call starts picking off our heroine’s classmates one by one and she must partner with her boyfriend to unravel why Mimiko would be specifically killing her class, the themes and detailing with the film are a lot more interesting. Themes about bullying and other teen issues arise in the script as major points, yet the most intriguing element is the addition to the Mimiko curse itself – whoever gets the call can “forward” the death to a fellow classmate. This provides a ton of great conflict for the characters and a Lord of Flies-esque paranoia within their ranks that crafts a new layer for our protagonists to navigate in their investigation.

The problem that undermines One Missed Call: Final, making it the weakest of the trilogy, is the execution of that idea. Director Manabu Aso has pretty much remained a TV series and TV movie director his entire career and that style and look is carried over to Final. The look of the film, particularly with its bold green lighting color scheme, limited uses of sets, and a rather pedestrian manner of camera work, don’t nearly inspire the dread and fun that the previous two entries had. Partner that with some hit or miss performances and no matter how intriguing the concept – One Missed Call: Final ends up being mostly a misfire where the scares don’t spook and the narrative unrolls in the most basic of manners.

As with most Arrow Video releases, this latest Blu Ray set that features all three films is packed with tons of bonus material for fans. Not only are all three films presented in HD (a huge upgrade from my DVD trilogy box set I previously owned,) but there is enough material to browse through for another couple of days of entertainment. The new audio commentary by Tom Mes on the first One Missed Call is the highlight of the materials for me, I’m a sucker for commentaries though, but with highlights that include alternate endings, behind the scenes featurettes and short films – this latest release is a massive upgrade for any fans or those looking to expand their horror collection.

Of the three films presented, it’s hard not to recommend this set simply for Miike’s incredibly effective first entry, One Missed Call. However, don’t write off the sequels. Both present their own fun ideas or elements for the franchise and, while there is definitely decreasing quality with each subsequent film, having them all in one set makes it easy to take an entire afternoon and dedicate it to Mimiko and her wicked ring tone. One Missed Call Trilogy is highly recommended. 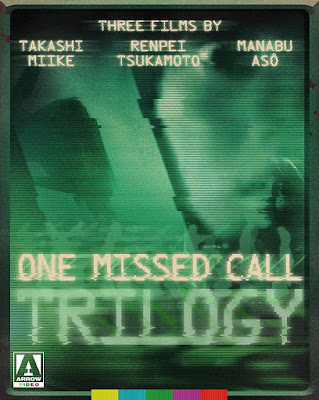