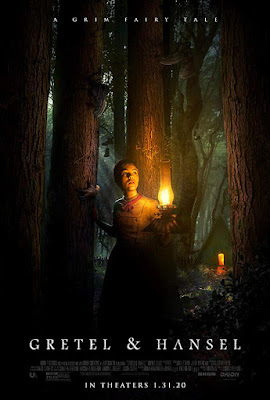 With its slow-burn narrative, Gretel & Hansel does fully take a different approach to the traditional fairy tale that serves as its source. Gretel, played by Sophia Lillis of It fame, is the main star of the film and the character is now portrayed as an older sister helping out her younger brother Hansel, played by Sammy Leakey. They are ousted from their home by their obviously perturbed mother and thus begin their quest of survival in the woods when they stumble upon the witch’s house. Although the film shares the basic tenets of its source story, it’s obvious that Perkins and writer Rob Hayes wanted to expand and deliver a film with modernized themes and tones. The witch Holda, played with screen devouring pizzazz by a film stealing Alice Krige, is portrayed as a much more layered character and one that immediately has a connection with Gretel. What results from this relationship is a fascinating examination on fate, purpose, nature, and nurture all through a sly feminist slant. It’s easy to see, once the film gets through a rather episodic first act to lay the groundwork of the film, why Orion Pictures and everyone loved this script. There is a lot of intriguing levels to explore in the narrative, even if the structure feels oddly disjointed and rushed at times.

As with most of Perkins’ films, the true highlight of Gretel & Hansel is the visual and atmospheric weight. Gorgeous set and costume designs create the fantasy land that feels grounded, but still not of the real world. Even the choice to use a combination of older linguistic cadence with more modern words makes for an intriguing and unsettling ‘otherworldly’ feel. Perkins and cinematographer Galo Olivares create a vivid and beautiful visual feast for their audience. Between the stark lighting choices, the illustrious color palettes, and the still grounded use of textures and earthly elements, Gretel & Hansel is a sight to behold. The score is succulent in coating the atmosphere in an auditory way, the use of shapes like triangles makes for another coating to the style, and the expertly executed fantasy moments, including how Holda’s fingers are all black (?), only make the film feel like there is so much to explore thematically. In terms of how it all fits altogether; Gretel & Hansel creates a lush world for its audience.

While the initial reviews and audience reactions to Gretel & Hansel have ultimately been mixed, the experience of seeing the film is something that I cannot recommend enough. The visuals are sharp and impactful, the atmosphere is dense, and the subtle performance by Sophia Lillis is perfectly balanced by Alice Krige. All in all, it’s perhaps Perkins least effective film to date and it’s rare that I say this, but Gretel & Hansel could have used 20 to 30 more minutes to really fine-tune those transitions and dig into the fantastic layering it teases. Still, the experience of seeing it in theaters was one that works impressively and it is a film to revisit to analyze the layers. Gretel & Hansel is the first great horror film of 2020.