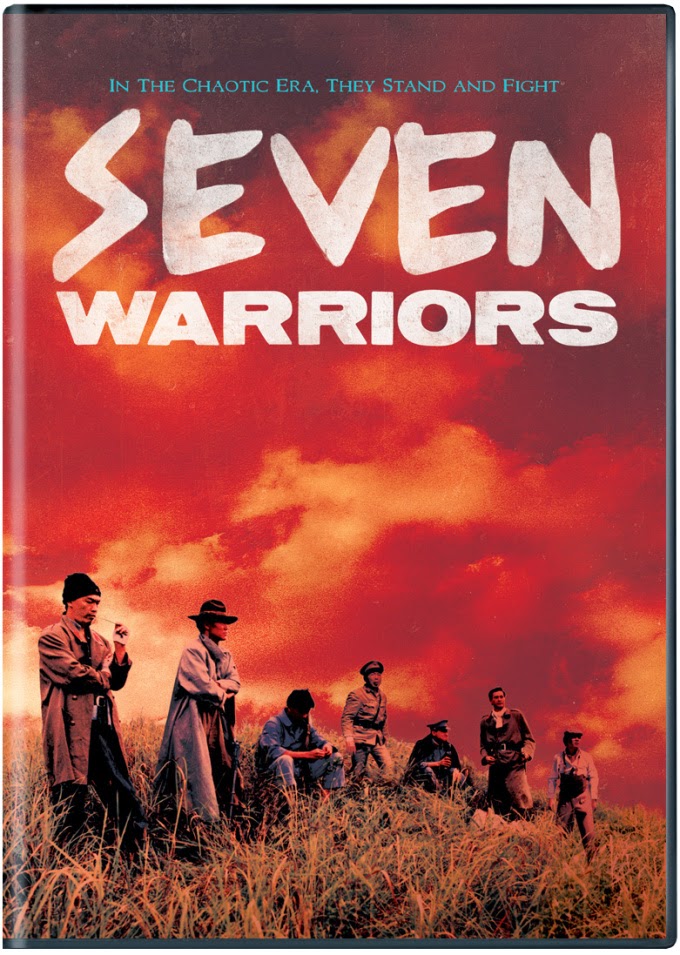 The influence of Akira Kusowa’s Seven Samurai cannot be understand when it comes to film. Hell, I even watched an episode of Star Wars: The Clone Wars the other day that mimicked the plot of this pivotal film. So it’s not like we haven’t seen a billion versions of this film in one form or another at this point. Yet, when the elusive Hong Kong 80s version of this classic finally received a release via Well Go USA I was stoked. Who wouldn’t want to see that? Seven Warriors aptly twists the tale of seven protectors of a small village into a stunt fest with plenty of charm and fun to be had…just like I was hoping it would.

In the poverty stricken areas of China in the 1920s, many proud soldiers have become bandits preying on the farmers and hard working small villages around them. When one village decides that it’s time to fight back, they hire on a group of seven mercenaries to help them defend themselves against the bandits once and for all.

There are many reasons to see Seven Warriors even if you are sick and tired of this same story being retold again and again. The biggest reason is that it’s co-directed by Sammo Hung. While the other co-director Terry Tong might not have gone on to direct many other things, the involvement of Sammo Hung should have any action fan interested. His influence on all of the action can instantly be felt too. The opening sequence (which features a quick cameo from Hung himself) is a fun martial arts romp and while the film doesn’t necessarily cater too much to action sequences, it is a drama too, by the time the siege occurs in the third act you’re sure to be in for some great emotional driven action set pieces. It’s not quite up to par with some of his other work, but it’s effective and fun.

It also helps that they assembled a very strong cast for film. A young Tony Leung steals most of the film as one of the leads, but he’s surrounded by plenty of great chemistry and performances to add to strength of the film. The brotherhood that’s build from all of these unique characters and solid performances really blends the dramatic elements into a film chock full of humor and action leaving Seven Warriors as a great 80s Hong Kong gem. Even Shaw Brothers regular Lo Lieh gives a turn as the evil villain of the film which results in a fantastic sword duel at the end that will have you on the edge of your seat.

Needless to say, if you are a Hong Kong film fan Seven Warriors is a must have film. We know the story works and the execution of the action, drama, and humor is spot on for this rare find.  It might not be wholly original nor live up to some of the high standards I have for Sammo Hung films, but I had a blast with it nonetheless.