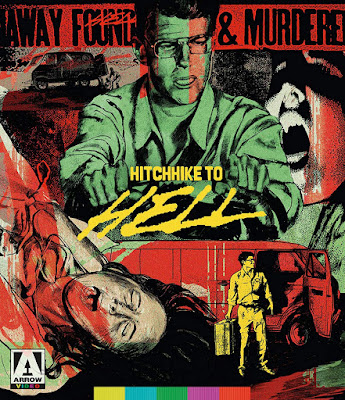 Hitch Hike to Hell, reportedly filmed in the mid-70s according to an interview with Stephen Thrower on the special features of the release, follows the exploits of Howard as a dry-cleaning delivery man who picks up random hitchhikers, has mental breakdowns, then rapes and kills them. Two cops are on his trail once it starts and Howard desperately tries to get ahold of his urges, but when he has trouble stopping, his world slowly collapses.

The serial killer film is one that can tricky to handle and while Hitch Hike to Hell is not based on any real event, it’s obviously meant to exploit the fears and real-life circumstances during the 1970s. This is fine and, quite frankly, it feels like the intention of director Irvin Berwick to present this film as both exploitative and as an after-school special on the dangers of hitch hiking, running away from home, and – to a strange extent – being good parents. The problem is that it’s not a film that does either very well. It’s not exploitative of the serial killer in a way that’s fun like a slasher nor works as a serious social and character commentary like Henry. It’s both and neither. Most of this has to do with the film’s lack of budget and amateurish nature. The performances are hammy at best and baffling at worst while the film has no real understanding of how to balance the horror with the police procedural. The film tries to differentiate all of its kill sequences, but it’s not enough (and it’s still uncomfortable to watch at times) and plot and narrative putters around. It’s hokey and unintendedly funny when it shouldn’t be and yet never swings out of presenting itself as seriously dire. It’s confusing.

The lack of execution is a shame because Hitch Hike to Hell has these moments where one can see the commentary that Berwick is shooting for. The mental anguish of the police as they wrestle with parents who do not care if their children are running away from home or the sights they see because no one takes the precautionary measures seriously. There is even a subplot where Howard, played with the deer in the headlights look of an actor out of his depth, picks up a young gay man. Could this have been its own great commentary on something larger? Sure, but the film fumbles it at every turn.

For those who enjoy small regional American cinema or those looking for just a strange piece of exploitation to add to their collection, it would make sense for you to grab Arrow Video’s newest release of Hitch Hike to Hell. The release is packed with some incredibly insightful material about the film. This includes the previously mentioned interview with Stephen Thrower that is far more interesting and entertaining than the film. Hitch Hike to Hell is more of a collector’s curiosity piece than a truly iconic cult film, but for those looking for it – it’s worth the gander. For more casual cinephiles, this one might be skip or rental at best. 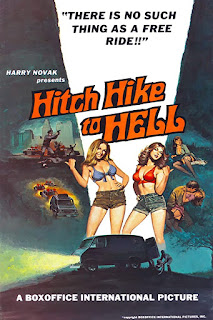