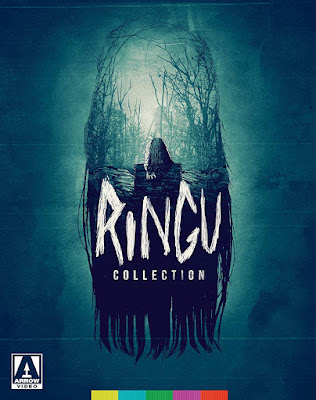 It was only a few years ago I wrote a piece at Blood Brothers about the relevancy of the Ring franchise for horror. At the time there was two new films due for release, the wildly entertaining Sadako vs Kayoko and the less-said-the-better American sequel, Rings. Now, it’s time to take a look at the franchise once again, not just because we are going another new film – Sadako, which sees the return of Hideo Nakata to the director’s chair, but because Arrow Video has done everyone a huge favor. They just released a phenomenal box set with new HD restorations of the first four Japanese and any fans of the films, cinema collectors, or even newbies will want to pick up this set and dig into its gold mine of contents.

It should be noted that the American release of this set is the same one as the UK one from last year, although the titles have been slightly changed to reflect the silly US titling which is Ringu and not Ring. I will continue to use the term Ring through this piece because, quite frankly, the name Ringu is stupid. Fortunately, my opinion on that seems to be backed fairly heavily on the special features of this set so at least there’s that.

For the films, it should be noted at this point that we have extensive coverage on the quality of the films themselves throughout the site. Eric wrote some very candid reviews of these first four films, I had previously written an article about the relevancy of the Ring franchise, and, most recently, our podcast No Franchise Fatigue covered the first four films of the set on our episode All’s Well that End’s Well. Links are provided for your convenience.

IS THE RINGU FRANCHISE STILL RELEVANT?
NO FRANCHISE FATIGUE EPISODE

The set itself is meant to be the focus of this piece and it’s something that is as experiential as the films themselves. Not only is the casing, as least the deluxe set, one for the shelf, it’s one that will stand out. The new artwork is simple and fun in its themes, the reversible covers are great, and it’s a shell that features single cases for Ring, Ring 2, and Ring 0. Spiral is considered a “bonus” in the set, paired with Ring 2, so it doesn’t get its own case which is the one thing that I would have asked for, but the rest of the packaging is glorious.

As with most Arrow Video products, this set is slammed with fantastic material. The restorations on the four films are impressive, particularly the 4K work they did with Ring, and each disc has its fair share of bonus features that will have any fan crawling out of their well to see it. As always, the list of features is added below, but rest assured there is a significant amount of material to sort through. The highlights include a brand-new audio commentary on Ring from David Kalat who delivers a collegiate-level education on the film and its context and there are interviews with so many people with many unique and credible viewpoints on the film. For those interested in the many facets, interpretations, and lenses that the first four Ring films can be seen through, look no further than this set.

If you’ve followed Blood Brothers for any length of time, then you were bound to run across something about our fascination or love for this franchise. It’s about damn time that one of the major companies did something about it for the fans. Arrow Video delivers a spectacular collector’s set, brimming with grim and conceptionally wild films, features, and highly executed packaging. As a huge fan of the franchise, this is going to be a cornerstone of my display shelves. 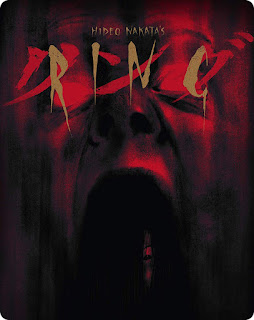 Written By Matt Reifschneider
Posted by DarkReif at 9:28 PM