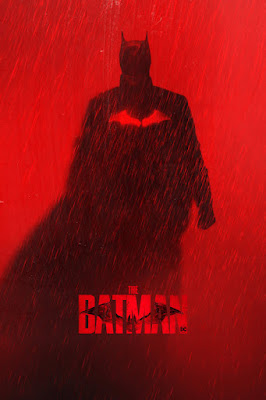 Fear and a little focused violence. In a line of dialogue in the third act of The Batman, Paul Dano’s Riddler gives the classic villain monologue which gives Robert Pattinson’s Batman a bit of credit for his style of unmasking the corruption of the city. It’s a reference to one of Batman’s opening voice-over narrations about how he uses the shadows, violence, and a sense of fear to try and repress the criminal element of a decaying Gotham. Now, his tactics are being used against him by a serial killer-styled Riddler, who is subsequently hunting down corrupt individuals from Gotham’s 1% and leaving riddles to drag Batman into the light.

The Batman is bleak. It’s grim. It’s a film dedicated to honing in on the dark part of the Dark Knight.

Director and co-writer Matt Reeves never avoids it either. With his latest piece of the DC Extended Universe of live-action comic book films, Reeves doubles down on the darkness of the early days of the caped crusader, giving audiences a new cinematic vision of the long-running hero (or in this case, very much an anti-hero) and possibly delivering one of the more intriguing incarnations of him. The Batman is not the easiest film to digest, particularly with its butt-numbing 3-hour runtime, but it’s one that encapsulates a Batman that is both inherently a throwback to older versions while running parallel with the themes and societal fears of a new generation.

When the Mayor of Gotham is murdered in his own home on Halloween, Gotham is shaken. A new criminal has arisen and his name is Riddler (Dano), whose cryptic messages and domestic terrorism tactics have Gordon (Wright) and the police scattered. The Batman (Pattinson) is called out directly by Riddler to solve a series of clues that will lead him into the darkest parts of Gotham’s underbelly to face a complex series of background deals between mobsters like Falcone (Turturro), rogue club owners like Penguin (Farrell) and politicians. With the help of another vigilante, Selina Kyle (Kravitz), Batman will have to dig deep into his own past to find out what The Riddler aims to uncover.

Tonally and visually, The Batman leans into the darkness of its concept. Although comparisons to Fincher's modern detective stories like Se7en and Zodiac have been regularly referenced by critics and fans, the neo-noir stylistic approach to the characters and visuals cannot be underplayed. The film isn’t aping Fincher so much as drawing inspirations from the same sources. With a running voice-over narrative from Pattinson’s lost and unfocused Batman (a character that rarely pulls off the cowl to unveil the reclusive Bruce Wayne in this version of the film), The Batman is a traditional detective noir story at its core it’s refreshing.

The shadows, the visual pops of its decaying streets in fuzzy encrusted street lamps, and the almost sepia-toned color palette might as well be shot in black and white with how Reeves intends to use the tonality to soak its audience in a rainy, empty night haze. The Batman is aiming for atmospheric dread and tension with camera work more in the tune with a horror movie than an action blockbuster.


That’s not to say that The Batman doesn’t feature a decent amount of action, but it’s not quite like what the series has been before. In particular, Reeves shoots the action in long shots, focusing on the brutality of Batman’s hand-to-hand combat skills. If anything, it’s some of the best-choreographed action for the Dark Knight and there’s a sense of grounded realism in it that makes it even harder in its hits. However, it’s hard not to see that the one major car chase, with the reveal of a muscle car influenced Batmobile as he runs down an escaping Penguin, might be the action highlight of The Batman. Fire and overturning vehicles, the marketing team was right to showcase it as a reason to see the film as it features some incredible stunt work.

Yet, the biggest question (Riddle me this, Batman!) that surrounded the film by fans and critics alike was the casting. If anything, it was the number of known characters that populated the world that seemed to be a bigger concern and yet, in both cases, Reeves, DC, and Warner Bros. kind of nailed all of it. Certainly, the mystery and length of the film feed into the larger secondary ensemble cast, but the performances are sound through and through. Although one might claim that Kravitz or Farrell steal the film - my money goes to the latter for his particularly conniving and eclectic work as the Penguin, one has to be impressed with how much Pattison does with relatively so little. This version of Batman says almost nothing in most scenes and is in cape n’ cowl for the majority of the film. Still, Pattison gives the entire thing his own spin as a lost soul searching for an outlet that breeds as much anguish in his life as it does relieve it. It’s noteworthy that he does it in such a subdued manner that it becomes utterly captivating.

While there will certainly be those upset by so many of the choices made that differentiates The Batman from other incarnations of the character, it’s through these choices that this film also finds its own voice and succeeds on so many levels. One knock against it is the sheer length of the film, which easily could have been cut by 40 minutes, but impressive performances, punchy action sequences, and a suffocatingly horrific neo-noir atmosphere make The Batman one of the bigger surprises from the new age of the DCEU. It’s that darker take that so many love, but it does it in such a stylish way that it both progresses the character forward for a modern era while writing a love letter to its past.