Questions of Intimacy: Dawning on Us (2021) Review 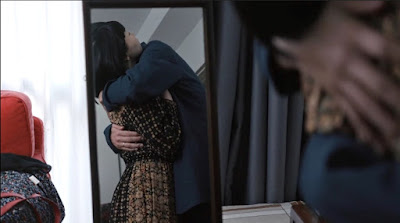 
Kenji Yamauchi's fourth feature film, Dawning on Us, is definitely a film made during the COVID pandemic, as it is directly addressed and incorporated throughout the film's dialogues and even in a key scene near the end. You are reminded throughout that this is a product of our times and it feels very relevant and relatable in that sense.

Once again, like with At the Terrace, what we get here is a filmic stage play essentially. Very sparse in terms of location and with film techniques on display, but that is by no means a slight against the film as it is directed quite beautifully and is effective emotionally from start to finish. The play-inspired feel makes sense as Yamauchi has a background in theater. His dialogue here is natural and provides just the right amount of snap to give us plenty to chew on as the drama, and perfectly timed dry humor, plays out before us.

The story here is quite simple, Sara is a Korean immigrant living in Japan with her Japanese husband and his family (mom and dad). She is in between jobs, while her husband seems to be drowning in his job every day. The mother puts a constant feeling of great pressure on Sara and her son as she continuously pushes for them to have a child. Her desires seem very selfish as she is jealous of the local late-age mothers and grandmothers that she herself grew up around. This central ideology becomes the crux of the story and the multilayered complexities of this issue bring great heft to the emotional core of Dawning on Us. 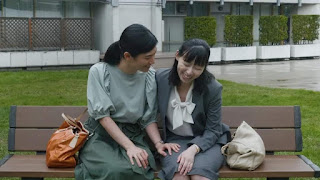 Ami Chong really steals the show as Sara, a woman who has become broken by circumstance and her surroundings and the insurmountable pressures of being a foreigner in a very traditional Japanese family, and being a woman in general in this situation is hard enough as is. You see her innocence and her desire slowly being stripped away as she slowly spirals into a sense of hysteria. She keeps everyone in her family at a distance but we spend a lot of time alone with her in her bedroom, and her inner feelings are expressed here in a very subtle and gut-wrenching manner. She is very nuanced and sells every single painful moment that she is on-screen. The demand for her being naked and the graphic intimacy shown between her and her husband Kosuke, who bare all, but never in an erotic sense. It's raw and matter of fact in how their sexual relationship is portrayed and I commend both performers for being bold and going as far as necessary. Sara looks quite sensual at times but it always feels like it's from the point-of-view of certain characters. Some could argue it feels exploitative at times, but it feels more psychological than anything. 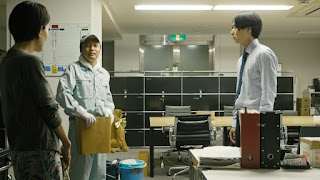 The dynamics between the four family members are written and acted with such gravitas, that you can't help but feel fully engaged as their core slowly begins to fissure and we see just how much ugliness one group of people can reveal when they are forced to be together for such an extended period of time. The film challenges the idea of relationships and it questions if the same people, no matter how close they may be, are too close then could it be a bad and even dangerous thing.

The pandemic and the forced isolation it put on us all are looked at here under a magnifying glass and Yamauchi's criticism of dysfunctional family questions the very coexistence of humankind itself and asks us if too much time spent together is a dangerous thing and asks us how much value there is in our individuality and the importance of being able to have "us" time.