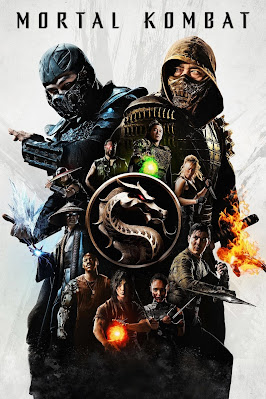 Mortal Kombat has a rich history, whether people like to admit it or not. Not only from the ever-expanding series of games that ballooned to include all kinds of crazy shit from fighting tournaments to action-adventure platformers, but to the overall pop cultural impact that was left in the wake of its controversial birth. There have already been two live-action films, a handful of TV shows, and a few animated stories. This is IP with a lot of fans, a lot of skeptics, and a lot of expectations when it comes to a new live-action film being crafted with “the fans'' in mind.

For 2021’s Mortal Kombat, produced by genre auteur turned populist icon James Wan and directed by Simon McQuoid of - let me check my notes - nothing, the key was finding a balance between everyone’s expectations. A relatively daft task, if we are all being honest with ourselves. Partner that with the insane combination of being one of the first major films to drop into theaters as they start to reopen in the wake of a still ongoing pandemic, and this film was already riding a very tight line even before its release.

Much of the hype surrounding Mortal Kombat was focused on its violence and the fight sequences - not a bad marketing choice for a film spawned from a fighting game franchise, and in many regards it delivers on those aspects. When the fights occur, they are bloody fun to watch. The opening sequence in 1600s Japan sees the assassination of a family man ninja, played by the expertly casted choice in Hiroyuki Sanada, at the hands of his rival Bi-Han, also the expertly casted Joe Taslim, and its finale sees the same two rivals come to blows again with more supernatural powers as Scorpion and Sub-Zero. Those two sequences are easily the best parts of the film and whenever the film is focused on its fight elements then it’s working its best magic. Not all of the fights are equal as many heavily rely on visual effects - including an invisible Reptile battle and Lui Kang gets to just spin around as he tries to stop fan-favorite Kabal, but even those end up being silly and engaging enough to warrant some appreciation. To the little girl in my theater who cheered at every fatality and danced to the modern dance remixes of the now classic Mortal Kombat ‘95 music, it was pure bliss. Even when the film felt overly edited or oddly paced in these moments, there was still Kung Lao riding a woman with bat wings like a surfboard into his spinning bladed hat, slicing her in half, and then touting to the audience with a winking attitude, “Flawless victory.” I can accept that, warts and all.


Of course, that means the major issue that plagues Mortal Kombat is its insistence on overcomplicating the plot. It heavily attempts to ride the previously mentioned line between a serious reboot of the film series and delivering on the fan-favorite lines and gags of the games and it often falters in doing so. The film’s plot focuses on the villains of Outworld, an evil dimension, attempting to assassinate all of Earth’s greatest - or randomly chosen - warriors before a great tournament. The story mostly follows the new to the IP character Cole, played by up-and-coming star Lewis Tan, as he stumbles into the characters Jax and Sonya on their quest to find all of the best fighters marked with a dragon birthmark. This leads them to the rest of the cast at Raiden’s temple - somewhere else I guess - where the evil Shang Tsung then tries to kill them all.

Just to be clear, the film never even gets to the titular tournament that the games were based on. If anything, this departure is refreshing to a degree that we don’t get ANOTHER tournament-focused martial arts film, but it also suffers from trying to set up a much larger franchise. The lore that Mortal Kombat is based on is now almost 30 years deep, but this film easily would have benefited from “less is more.” It’s throwing fan-favorite characters at the screen, hoping they stick, and not giving them a lot to do outside of fight each other - which, to be fair, is what most people want from the film.

Mortal Kombat is simply a mixed bag. The CGI is relatively hit or miss, particularly when it comes to the increased use of gore, and the performances range from unmemorable to screen devouring. If it’s regarding Kano, it’s both. However, when the film is working - it’s gorgeous. The opening 20 minutes and final 20 minutes is pure cinematic fantasy in the best way and when the film finds the balance it’s striving for - one can see exactly why this reboot exists.

With its open ending and intention for more films in its writing and development, let’s hope that the next installment doesn’t hesitate to just lean into the absurdity. I’d give my heart (and spine) to that.