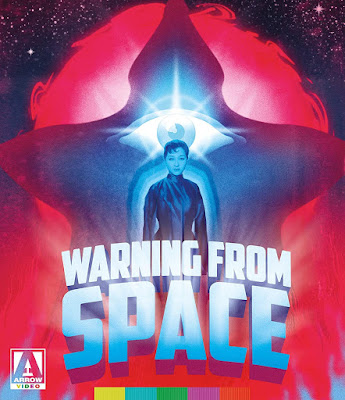 It’s no secret that WWII changed cinema and how audiences reacted to it. There are a small mountain of books, articles, and authors that really dig into the boom of creature features and science fiction that erupted throughout the 1950s and 1960s, so that will not be the intention of this review to explore those facets beyond this introduction. It is a trend and approach to genre filmmaking that becomes important to this article, focused on the film Warning from Space, the 1956 Japanese science fiction romp from Daiei Studios.

Coming out 2 years after Godzilla stomped his way into the mainstream consciousness of Japan, Warning from Space deals with many of the same themes and concepts - albeit from a more traditional ‘aliens from outer space’ slant that would only strengthen as the genre made its way into the 1960s. For Western audiences, loose comparisons can be made to films of similar ilk like War of the Worlds (1953) and, Invasion of the Body Snatchers (1956), but even those don’t carry the heavier post-nuclear tones that this film does with its plotting.

When scientists in Japan discover that there are mysterious meteors that are possibly coming to Earth, they start an investigation into the phenomenon. Come to find out, these aliens - cycloptic star creatures, are here to warn us of impending doom - from ourselves and a recent discovery of a bomb more powerful than the nuke and from an upcoming collision with a mysterious planet “R” that threatens to wipe us from existence.

Conceptually, Warning from Space deals with some now familiar territory and on the surface can feel uneven. The tone is sporadic at times, particularly when one of the aliens disguises itself as a young woman to get the warning to the necessary people - which results in an extremely offbeat and awkward tennis match (!), but there is a sense of purpose to it all that works on the whole. It’s a film that plays it loose, careening from subtle to overzealous within moments, but once it finds its footing in the latter half there is a real sense of weight to some of the plot developments. The budget can be constraining for its ambitiousness, particularly in its world falling apart scenario in the last act, and many of the characters can feel stock at times, but it weirdly all works together in a way that makes its messages - even when vague - linger long after the film has finished.

Although it’s not a film that is as potent as it might have been with a slightly tighter script and a bit stronger characters, it’s one that surprisingly works and resonates over 50 years later. It’s wonderful that Arrow Video has dropped a new HD Blu Ray of the film for collectors and fans, I have listed the details below, and it comes with a strong recommendation for fans of old school science fiction. 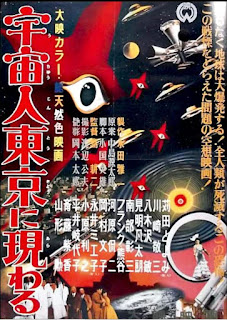