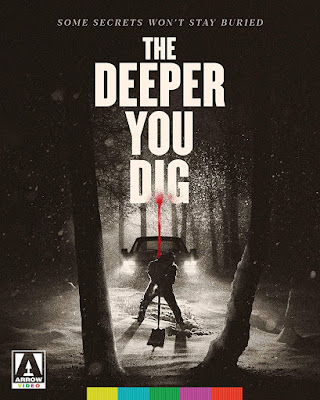 One of the great problems to have when attending a film festival is that often a person can burn themselves out watching new films. As I said, a great problem. During my time at the Telluride Horror Show in 2019, I was privy to see The Deeper You Dig, an ambitious little indie horror flick made on a shoestring budget by, in essence, one family. Between the burnout and the lack of sleep, I didn’t feel fully comfortable at the time doing a full review for the film. Fortunately, the wait to see it again wasn’t long. Our good friends over at Arrow Video picked up the film for distribution and with the snazzy new Blu Ray in tow, I was ready to dig deeper into The Deeper You Dig.

Yea, I’m glad I waited to review this with fresh eyes.

The Deeper You Dig is everything one could hope for in independent genre cinema. Not only is it a film that impressively takes its genre plotting and narrative seriously, it does it in a way that combines supernatural elements and realism for maximum impact. The basics of the plot are something one sees regularly on TV anymore, as a young girl is killed by the neighbor while the mother desperately searches for her, but there is a twist to it. The spirit of the young girl, Echo, seemingly exists in the killer’s brain lending itself to a psychological thriller element where the mother, a medium, starts to hone in on her natural instincts to uncover the truth of the murder. Thus, there are ghostly elements to the film. The dead girl repeatedly shows up in visions and there is an element of possession that punctuates some of the ethereal and ritualistic imagery in the mother’s quest to search the depths of the unseen. For a low-budget film, there are some ambitious effects – even when minimal which lift the proceedings, and it’s utilized in a way that emphasizes their meaning. It’s not overly supernatural in its plotting, most of which can be attributed to the beliefs of the two leads, but it plays it with such a vague and layered understanding that the parallels run effectively.

It’s an intimate proceeding, focused on character development and themes about guilt and loss, but the manner that the directors (two are credited, but there is also a special credit given to Zelda Adams) embed a sense of supernatural into a classic thriller narrative is impressive. The core tension though rests in the mystery though and the dual narrative of the mother and the neighbor makes for a dynamic combination. The performances for the three main characters, including the daughter Echo, are impressive and heartfelt for a microbudget indie flick and the manner that the directors use cinematography and the rural Northeastern US setting make for a film that carries quite a bit of artistry in its proceedings. 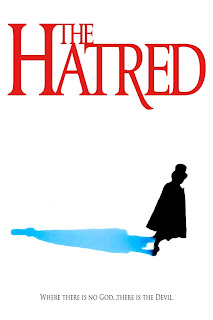 Included with this latest release of The Deeper You Dig is another film from the filmmaking family, The Hatred. It’s a smart maneuver to include this with the set because, quite frankly, it’s a fantastic pairing with the previously discussed film. The Hatred is a clever little indie film, which mostly feels like an extended short film in its structure. Its strengths come from the strong cinematography of its icy landscapes and some of the clever visual cues in the film including the use of its Civil War-era setting. The clever use of religious elements to its classic tale of revenge gives it some solid layers and its supernatural slant gives the narrative some particularly in the manner that it portrays the dead and the insanity it brings along with hatred that seeming brings them back. Had the film decided to add another half-hour to its run time to flesh out some of the characters, it might have been a great watch - but it's hard to hate its brisk pacing too.

For the genre cinema fans out there, The Deeper You Dig is a phenomenal modern indie find. It’s a densely layered combination of classic thriller mystery with a slick supernatural and psychological horror bent that makes it one of the surefire gems of the year. Arrow Video including a second film is icing on the cake. The Hatred itself is a perfect partner film to the main feature and it shares much of the same cold, but emotionally resonating themes that make the two a solid double feature. If anything, The Deeper You Dig is the perfect foundational film to launch the family at the heart of this movie into bigger cinematic territory.