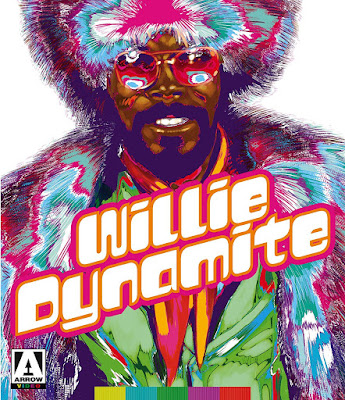 Right out of the gate, Willie Dynamite makes its first great choice. It makes the main protagonist the titular character, Willie Dynamite. That doesn’t sound like a bold choice at all when stated that way, but once you realize that he is definitely the villain of the film, a pimp who treats women like shit and never thinks twice about challenging some of the other criminals in the organization that he is a part of for his own benefit. He truly is a terrible human being and the film uses the gimmicks of the genre to paint him as an egotistical and vicious character that never shies away from wearing his money on his sleeves and looking down at everyone around him. Yes, he’s the main protagonist of this film.

Willie Dynamite then proceeds to surround him with a plethora of secondary characters that would be the protagonists in most any other film. A young woman who is convinced that her career working for Willie is the best she will get, two cops dedicated to finding a way to topple his criminal career, and a charming social worker who not only hates what Willie stands for, but thinks she might be able to convince him to turn his life around. It’s through these characters, all performed with a shocking amount of nuance underneath the style of the film and the occasionally eye-rolling dialogue (as showcased at the beginning of this review), that the dramatic tension of the film works. For a majority of run time, we want to see these secondary characters succeed in undermining and destroying this arrogant protagonist. Although the film never fully leans into the action realms of the genre, it spends a large part of it building the thriller tension as the walls close in around Willie. Seeing this tug of war between police, criminals, and Willie becomes a game. Many of the sequences, particularly in the first couple of acts, are somewhat predictable and par for the course in blaxploitation. Whether it’s the clashing of two criminals, a chase between Willie and the police, or even when the social worker breaks into his place to find evidence against him, it’s all material that’s relatively common although it’s certainly done with strong execution in style and performance.

As mentioned in the opening paragraph though, it’s the third act where Willie Dynamite truly finds its heart and soul. It’s here that the film starts to try and convince its audience that we should no longer hope for his destruction, but see him rehabilitated and learn his lesson. This runs parallel with the character arc of the social worker who tries to show him his faults and sees behind the façade he puts up, which is shown to the audience in a fantastic sequence where Willie goes home to have dinner with his parents and we see his background. To give too much more away would defy the experience and the narrative strength of this third act, but rest assured the film does some fantastic things with Willie’s character and the performance by Roscoe Orman actually pulls off this wild shift of tone and concept.

Compared to some of the other releases by Arrow Video, the special features included on their latest Blu Ray release does seem a bit thin. Outside of another fantastic audio commentary, this time provided by Sergio Mims, the release only features the theatrical trailer and some new writing in the booklet which is only available for the initial pressing of the film. Considering some of the fantastic features that often accompany their releases, what’s available on Willie Dynamite does seem to pale in comparison. However, the new HD version of the film looks solid and Mims’ commentary is an impressive addition to set so fans will definitely appreciate the work there.

All in all, Willie Dynamite was a big surprise. Not only does it adhere to the formulaic elements of the blaxploitation genre that fans come to expect, but it then subverts them in some clever ways to deliver a more thoughtful cinematic experience. The performances are all impressively nuanced, even when delivering the ridiculous dialogue and occasionally predictable narrative and the style of the film firmly fits in with the intentions of its execution. Fans of the genre will definitely want to take a gander at what it has to offer though. Willie Dynamite comes highly recommended. 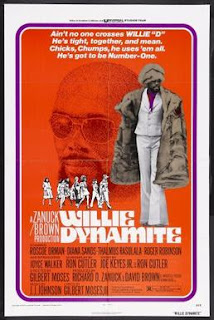