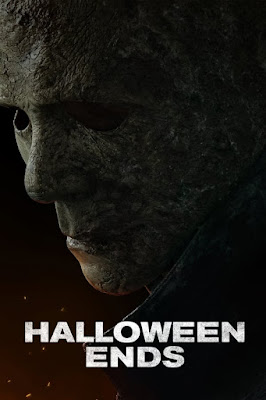 When it comes to John Carpenter projects that are being revitalized in the modern cinema landscape, Christine was one that I was skeptical could be pulled off. With the success of Halloween (2018) and Halloween Kills (box office-wise) though, perhaps it made sense that director David Gordon Green would want to tackle the project. He had an eye for that kind of character trauma as presented within a horror landscape. It’s a good match.

Oh, I’m sorry. This film is actually Halloween Ends and not a Christine remake. My bad. Someone should let Green know that too.

Yet, that’s what Halloween Ends ends up being - the story of a maligned young man who is influenced by an evil presence and becomes more and more obsessed with the strength and power it gives him to stand up against all the awful people and circumstances around him. On paper, the idea is not only bold for a Halloween film but dare I say impressive. The problem that burdens the film is that it's jammed into trying to balance this new character arc with finalizing the other themes, characters, and stories of the Halloween series they started. It’s a balance that collapses in on itself, unfortunately.

Perhaps it should have been an indicator when the Halloween Ends title card was presented in the same font and color as Halloween III: Season of the Witch that this film was going to do something that would piss off the fans, but alas, even I didn’t expect that it would take some of the wilder stabs that it does. I love Halloween III and, similar to what that film was aiming to accomplish, this one seemingly wants to abandon most of the characters or story of its predecessors.

As a standalone film, Halloween Ends manages to entertain and contain enough interesting ideas and material in its DNA. It’s essentially split into two plot lines - the first focusing on a new character, Cory Cunningham, and the second being Laurie Strode, once again portrayed by Jamie Lee Curtis. Although fans and audiences have already turned against the former character, it’s in the Cory Cunningham plot that Halloween Ends finds its successes.

Mainly that’s because his story, the picked-on kid who is turned on by the people and situations around him, is essentially a damn near beat for beat remake of Christine. My joking attitude in the opening of this review remains, but truly that character arc and its themes around the evil in the treatment of others and circumstances holds a lot of water still. It’s well performed and the cold opening that introduces his character ends up being the best sequence of the film. The script problematically doesn’t pull off his final act in a way that punches its themes as hard as it might have, but the journey there is fairly effective. Most of its missed opportunities with Corey comes from the film remember that it has to tell Laurie’s story too.


Looking at the poster though, or perhaps the picture that adorns the Peacock digital version of the film, it’s hard not to be disappointed. This is, in fact, a Halloween film and it’s one that has claimed to be the final confrontation between our iconic masked killer, Michael Myers, and the OG final girl, Laurie Strode. Yet, it’s very obvious that despite some of the threading about the evil that has infected the small-town of Haddonfield and its effects on Laurie and her granddaughter, that piece feels like a last-minute addition to the film. The final act with Michael and Laurie inherently feels tacked on, her running commentary via her memoirs feels rather superfluous to give her a reason to be a lead, and the relationship she has with her granddaughter in the wake of the events of Halloween Kills is thinly explored to give more focus to Corey. Sure, does Michael get to do some retro style kills once he’s introduced? I’m game when someone gets stabbed and pinned to a wall, but it’s far too little to cut as deep as it wants. The payoff of the story set up in Halloween (2018) is hardly paid off in any kind of fulfilling manner.

Halloween Ends is simply a mixed bag. In an era where generational trauma is the key ingredient for horror, it might be a little on the nose with its focus on Corey, but it works much better than the film does as a finale to a trilogy about Laurie’s character. It’s, once again, gorgeously shot at times with some intriguingly layered performances at its center that allow for a couple of punchy slasher kill sequences, but it's patched together script and director focus undermines so many of the better things about the film.

Is it the worst Halloween film as so many fans and critics claim? Hardly. This is a franchise of ill executed ideas and knee-jerk reactions to trends and fan reaction. So, seeing Green and his team take a wild swing is something to be respected. The execution of those ideas and the expectations laid upon Halloween Ends from the previous films is what never finds its footing and it results in a disappointing and scattershot finale.

Halloween Ends takes a wild stab at some great ideas, but never manages to finish the kill.