A One Man Warring Nation: The Boxer from Shantung (1972) Review [Shawscope Volume 1 Boxset] 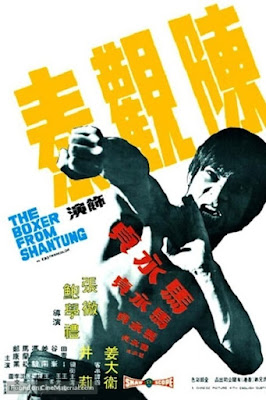 “I was sold out by my own man. There’s nothing more to say.”

It’s an obvious ambush at the Green Lotus Pavilion during the finale of The Boxer from Shantung. The audience knows it as the film directly shows all of the scheming by the local crime boss as he establishes the location, plants fighters throughout the crowd, and the sub-boss, played by an unhinged Ku Feng, buries his axe in a large vessel of peanuts. The villains know it, the audience knows it, and as if that wasn’t enough - the hero knows it.

In the previous scene, the protagonist Ma Yongzhang, gives money to his loyal best friend and tells him to leave. To find a wife and settle down. He knows he’s not coming back from the Green Lotus Pavilion. If he’s lucky, he’ll achieve the revenge he desperately seeks from his corrupt boss and conniving cohorts before he leaves his mortal coil.

It’s all as epic as it sounds. The final battle of the Green Lotus Pavilion is one for the books. The dynamic action works on a multitude of levels. The gore spills in bright red 1970s spurts. The carnage is visceral and shot with the incredible visual flair of director Chang Cheh. The star of the film, Chen Kuan-Thai, is soaked with sweat and blood. The scene has no score and it’s pacing is racked with tension. This is the Chang Cheh and Shaw Brothers brilliance in all its glory.

This final act is what viewers remember the most about The Boxer from Shantung and for good reason. It’s incredible cinema and some of the best of the studio, director, star, and everyone involved. However, let’s not forget that this film is an incredible cinematic journey to get the finale with a massive number of fantastic pieces in motion to get the audience to the carnage. Performances, writing, and a narrative build that powers up as it escalates.

Telling the story of a young man looking for work who becomes embroiled in the local criminal syndicate, The Boxer from Shantung features a story and narrative similar to films like Scarface. He has the support of the local workers for his fair and just attitude as he uses his fists and steely gaze to start taking over local criminal territories, which naturally pisses off the criminal higher ups. One thing leads to another and soon our hero finds himself at odds with his former supporters. It’s a classic tragedy in a modern sense about the rise and fall of an everyman in a world built to actively destroy good people. 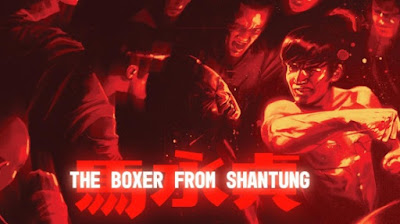 While the plotting might seem slow paced for a classic Shaw Brothers kung fu flick, its gradual build through setting the chess pieces in place along with the strong character work make it one a finely tuned monster of a film. Chen Kuan-Tai absolutely emblazons the film with his work as the lead character Ma Yongzhang, bursting with chemistry between his friends in a heartwarming manner while still capably exuding confidence and power when he turns on his tough guy routine.

His best friend, played by the always charming Cheng Kang-Yeh, sparks such a friendly banter that it’s easy to believe in their loving brotherhood and a dynamic turn by David Chiang as the inspirational crime boss and friend of Ma that gives him the confidence to climb the ladder works as a highlight in the illustrious career of the star. His final scene in the film is so incredibly bittersweet and emotional that one must wonder if this role wasn’t beefed out solely to deliver in that moment.


As previously mentioned, the action throughout the film is top notch material. Gangland fights, axe gangs, and plenty of street brawls make up most of the action here, but its strong stars and deep casting of character actors carry it beyond any claim of its repetitive style. Director Pao Hsueh-Li smartly blends the action into the narrative and character arcs of its story and reportedly only relinquishes the director seat to his mentor, Chang Cheh, for the final battle which features enough Chang Cheh classic moments it’s easy to forget how good Pao handles the rest of the film in leading to that moment.

Having been remade a handful of times, and a couple of those are rightful entertaining and impressive films in their own right, The Boxer from Shantung is an unsung masterpiece of action cinema. Not only is it one of the best martial arts films from the Shaw Brothers studio, but it’s also one of truly iconic action films of its era. Whether it’s the story, performances, or action, it’s a film that elevates all its elements throughout. A true highlight of the era.